In a recent blog, Executive Secretary of the United Nations Framework Convention on Climate Change (UNFCCC), Christiana Figueres, sums up highlights of a new low-carbon pioneering spirit, made all the more urgent by increasing climate change impacts 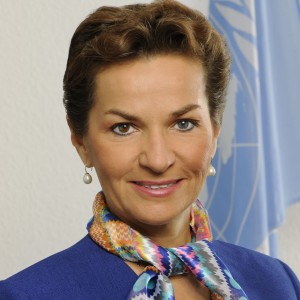 Last month, I did some holiday reading and was inspired by Amy Larkin’s account of how the world in general – and businesses in particular – has run up enormous amounts of environmental debt over the years. Her book is also about the private sector waking up to the opportunities posed by climate change, and how governments need to play a crucial role in catalysing climate action. I agree that the right signals from policymakers help create a new generation of low-carbon pioneers. This trend urgently needs to accelerate, in the truest sense of the word.

Part of the world’s accumulated environmental debt mentioned by Amy Larkin in her book came due in August, in the form of yet more extreme weather. According to the 2012 State of the Climate report from the US National Oceanic and Atmospheric Administration published last month, the last decade was among the warmest on record, and the warming trend continues unabated. Unusually hot, dry weather in Alaska wreaked havoc on fisheries, with thousands of fish dying in overheated waters. In China, extreme drought left nearly six million people short of water, causing economic losses in the billions. And, a new World Bank study puts the estimated cost of flood damage to global cities at $1 trillion a year by 2050. So the costs are only set to grow if we do not act. With a growing global urban population, cities across the world have much to lose.

Thankfully, there are signs that decision-makers in boardrooms around the world are indeed rethinking their business models. A new report published in August finds fund managers in charge of investments worth $14 trillion are taking climate change into account when making decisions, and would be willing to do a lot more if they received the appropriate signals from policymakers.

I was encouraged by the good news in August of how renewable energy continues to gain traction around the globe, notably in countries with strong incentives and policies. Germany succeeded in shattering its solar generation record. The country now leads the world in per capita solar capacity, quite an achievement for a northern country that gets as much sunlight as Alaska! If record amounts of solar power can be produced under grey skies, then the potential for countries with sunnier weather is almost limitless. The African continent is a prime example of this untapped potential, with South Africa setting the pace for clean energy investment across the continent. And in a further boost for solar, a recent report by analysts from the Deutsche Bank says that 75% of the global solar market will soon need little or no subsidy.

Tapping away on my computer to write this, I am heartened by the good news from the IT sector about the growing use of renewable energy by computer server farms.

Clearly this is all positive news, but we need to move ahead faster and more efficiently into a low carbon world. And we need to do that quite literally.

August saw the emergence of several impressive sustainable transport innovations that stand to benefit communities and change the investment landscape.In South Korea, the Online Electric Vehicle, or OLEV, electric bus can charge while in transit. This  reduces emissions and associated pollution, while reducing operating costs.

In Copenhagen, where 52% of citizens commute by bike every day, residents and visitors can get around more easily with an innovative bike sharing program that includes built-in GPS to connect bikes and rail transit. I myself enjoy my daily bike commute along the Rhein – it’s an excellent way to stay fit and healthy, while reducing emissions!

Perhaps more relevant for those who need to travel long distances quickly, and a good example of pioneering thinking, entrepreneur Elon Musk has revealed an “open source” vision of 21st century intercity travel with the near-supersonic “Hyperloop” that would link San Francisco and Los Angeles in a 30 minute trip that generates more energy than it uses. These examples represent a rethinking of transportation that is an insight into today’s innovative low-carbon possibilities.

In my last blog, I wrote about the daring journey of the solar impulse plane that flew across the US from LA to New York. Bertrand Piccard, pilot of the solar impulse, says that “Pioneering spirit should continue, not to conquer the planet or space … but rather to improve the quality of life.” I agree with Bertrand Piccard and say that the key to improving our quality of life comes to a large degree with the power of innovative low-carbon solutions.