The United Nations Office on Drugs and Crimes (UNODC) has stressed the need to check the rising menace of Pharmaceutical drug abuse among youths in Nigeria by the government at all levels. 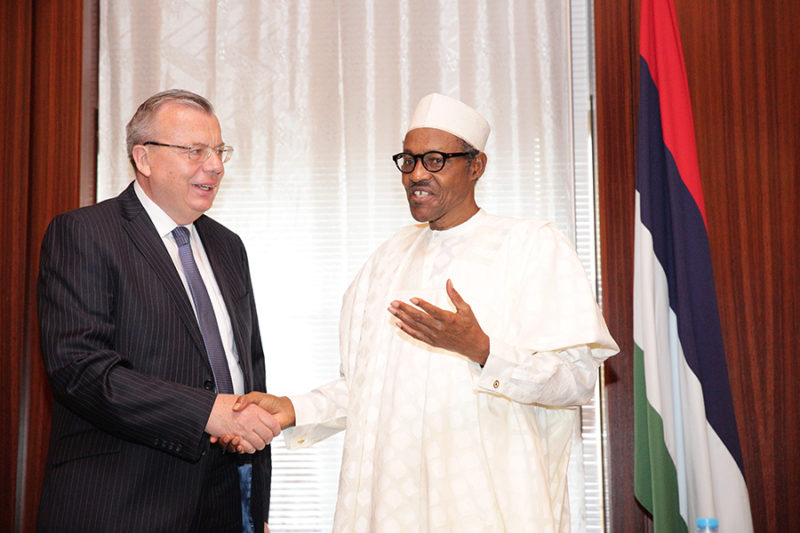 Executive Director of the UN Office on Drugs and Crime (UNODC), Yury Fedotov, with President Muhammadu Buhari, during a visit to Nigeria

Mr Sylvester Atere, the Communication Officer of the UNODC, made this call in a statement on Wednesday, March 28, 2018 in Abuja.

He said the presentation of the UNODC at the public hearing on Tuesday was basically on the recommendations contained in the 2017 International Narcotics Control Board report.

The communication officer said the board had urged all countries to gather data on prevalence of drug-use disorder as well as the accessibility and utilisation of treatment.

The officer, however, dissociated the office from media reports calling for decriminalisation of cannabis consumption in Nigeria.

He faulted the media publication, describing it as misleading and unfounded.

According to him, some sections of the media had reported that the UNODC called for the decriminalisation of cannabis consumption in Nigeria when it appeared before the Senate Committee on Drugs and Narcotics.

The UNODC spokesman restated the need to check the rising menace of Pharmaceutical drug abuse among youths in the country.

Atere said the publication had tendency to jeopardise the long existing relationship between Nigeria and the UNODC and called for the cooperation and understanding of the media.