June 26, 2017 Comments Off on UNIDO, others explore industrialisation, investment in Africa 973 Views

Parliamentarians, policymakers, public and private investors, and representatives of civil society have discussed investing in the industrialisation process of developing countries, particularly in Africa. The event, organised by the Brussels office of the United Nations Industrial Development Organisation (UNIDO), together with Global Africa and African Diaspora Network in Europe (ADNE), took place recently in St. Julian’s, Malta during the opening of the ACP-EU Joint Parliamentary Assembly. 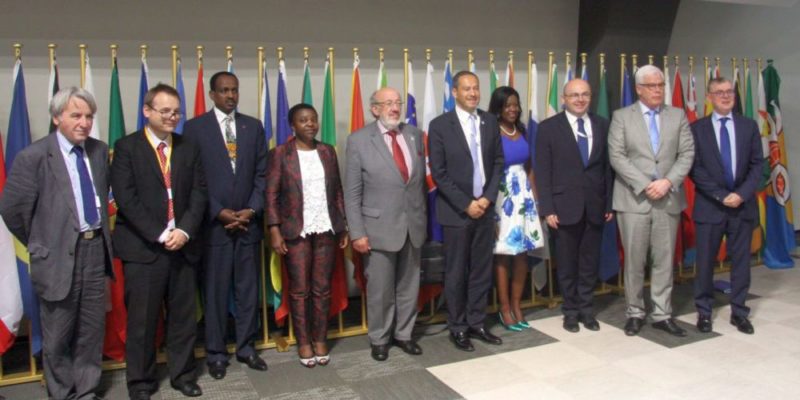 Dignitaries at the UNIDO forum in Malta

The event, which had as its theme, “Industrialisation and Investments in Africa”, was supported by the Maltese Presidency of the Council of the European Union and was sponsored by the Federal Foreign Office of the German Government.

The discussion took place in the context of new policies and instruments that will impact relations between the European Union and its developing partners, namely the new European Consensus on Development, the review of the Cotonou Agreement and the new European External Investment Plan.

It is described as an opportunity to discuss the best ways to organise the efforts of different partners to accelerate African industrialisation by promoting sustainable investments, increasing local processing of natural resources, improving the skills of youth and women, and supporting the integration of African enterprises into global value chains.

At the opening of the ACP-EU Joint Parliamentary Assembly, the President of Malta, Marie-Louise Coleiro Preca, commended UNIDO for organising the side event, saying, “I believe there is a need to invest our efforts in developing innovative strategies, which touch the social, economic, political and environmental realities, experienced by each and every human being in the nations of Africa”.

At the opening of the side event, Christophe Yvetot, UNIDO Representative to the European Union and the ACP Secretariat, observed that “after the industrial miracle that helped East Asia decrease its poverty from one billion people in 1990 to less than 70 million today, a new consensus on Africa industrialisation is emerging after the adoption of Agenda 2030 and the Third Industrial Development Decade for Africa 2016-2025”.

In his keynote speech, Louis Michel, Member of the European Parliament and Co-president of the ACP-EU Joint Parliamentary Assembly, congratulated UNIDO for organising the discussion which he said was “in line with the UN resolution of 25 July 2016 on the Third Industrial Development decade for Africa”.

He reminded participants that “with its technical assistance to African countries, UNIDO contributed directly, through industrial development, to economic growth and diversification and to the creation of added value, participating then to Africa’s prosperity”. He concluded stating that “an inclusive and sustainable industrialisation supported by a circular economy will be an asset not only for LDCs and developing countries but for the planet as a whole”. 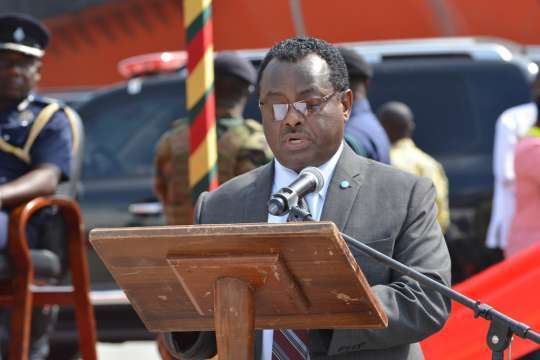 The first-ever stocktake of Africa’s forests and landscapes  released on Wednesday, September 29, 2021 finds ...