The United Nations Children’s Fund (UNICEF), has ranked Nigeria 11th position on newborn deaths globally.
This is according to a new report on “Newborn Mortality’’ released by UNICEF, which was obtained by the News Agency of Nigeria (NAN) on Tuesday, February 20, 2018 in Lagos. 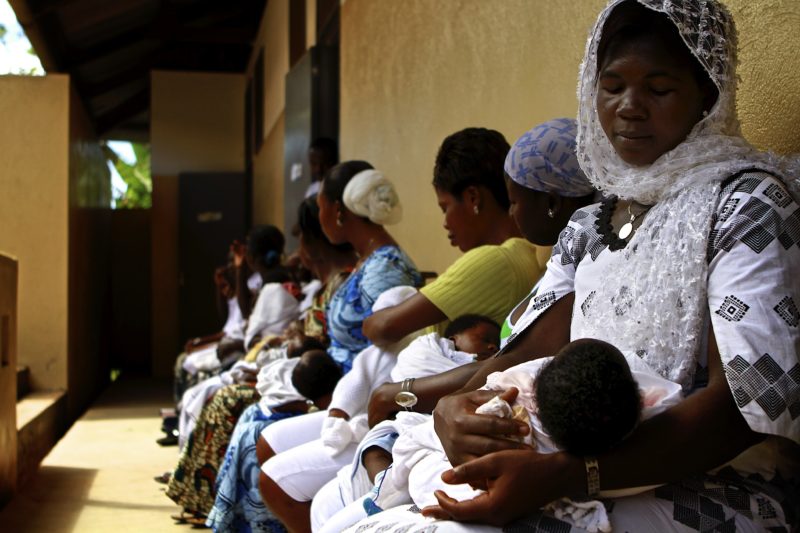 According to the report, eight of the 10 most dangerous places to be born are sub-Saharan Africa, where pregnant women are much less likely to receive assistance during delivery due to poverty, conflict and weak institutions.

“With the newborn mortality rate of 29 deaths per 1,000 births, the global estimates rank Nigeria as the 11th highest on newborn deaths.

“In the recent Multiple Indicator Cluster Survey (MICS) conducted by the Government of Nigeria in 2016/17, the rate of newborn deaths per 1,000 births is 37.

“This national average hides the differences between the 36 states and the slow progress in some of them,’’ the report said.

On the causes of newborn deaths, the report said that more than 80 per cent of newborn deaths were due to prematurity, asphyxia, complications during birth or infections such as pneumonia and sepsis.

“These deaths can be prevented with access to well-trained midwives during antenatal and postnatal visits as well as delivery at a health facility.

“These should be along with proven solutions like clean water, disinfectants, breastfeeding within the first hour, skin-to-skin contact, proper cord care, and good nutrition.

“However, a shortage of well-trained health workers and midwives means that thousands don’t receive the life-saving support they need to survive,’’ it said.

“Unfortunately, many children in Nigeria are still deprived of this, MICS data tells us that the trend is improving but urgent action needs to be taken for Nigeria to reach the Sustainable Development Goals (SDGs).’’

The statement also quoted Henrietta Fore, UNICEF’s Executive Director as saying “we have more than halved the number of deaths among children under the age of five in the last quarter century.

“We have not made similar progress in ending deaths among children less than one month old.

“Given that the majority of these deaths are preventable, clearly we are failing the world’s poorest babies.’’

Reacting to the report, a non-governmental organisation (NGO), Mamaye Evidence for Action, said that the deaths were needless and could be prevented through more concerted efforts by the government and all stakeholders.

Laide Shokunbi, Media Advisor of the NGO, urged more support from the Federal Government to reduce maternal and neonatal deaths in the country.

“Maternal and neonatal deaths could be prevented when women receive proper health care from skilled providers during pregnancy, at the time of delivery and shortly after birth.

“Our health facilities should be well-equipped and they should also have skilled providers including doctors, nurses, and midwives always available,’’ she said.

Also, Mr Akin Jimoh, the Project Director, Development Communications Network (Devcoms), said there was the need for increased sensitisation on how to achieve good maternal, newborn and child health.

“There is the need for aggressive awareness campaign on maternal and newborn health, especially in rural, semi-urban and hard-to-reach areas, everyone has to be involved.

“Women and men need to have the right knowledge, our government needs to strengthen our institutions especially the health sector, it has to be well-funded and monitored.

“Also, our medical and health professionals need to be dedicated and conscientious,’’ Jimoh said.