UNFCCC asked to kick big polluters out of climate policy

June 16, 2015 Comments Off on UNFCCC asked to kick big polluters out of climate policy 955 Views

As the Bonn Climate Change Conference of the United Nations Framework Convention on Climate Change (UNFCCC) came to a close last week, Corporate Accountability International delivered a resounding call to the parties of the UNFCCC on behalf of hundreds of other organizations and hundreds of thousands people: protect the treaty and climate policymaking from the undue influence of the globe’s biggest polluters. 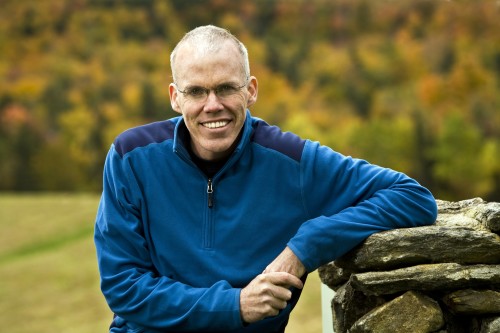 The call comes as record droughts and rainfall as well as relentless heatwaves claim lives around the globe and some of the world’s biggest polluters attempt to co-opt the treaty process and influence negotiating outcomes. The meeting in Bonn, concluding June 11, is one of the last formal meetings of the Parties before the next full Conference of the Parties to the treaty in Paris – largely regarded as a make-or-break moment for the agreement.

“Why would you let the professional arsonist join the volunteer fire department?” said Bill McKibben, author and co-founder of 350.org, “These are the guys who want to keep the problem going, not solve it.”
From aggressive lobbying of national governments to bankrolling of international meetings, the fossil fuel industry interferes at all levels. Industry co-optation of treaty meetings has been a growing problem and a primary obstacle to progress. At the 19thConference of the Parties (COP) in Warsaw, corporations with a direct conflict of interest in the treaty’s success not only sponsored the talks, they were given preferential access to delegates.
In May, it was revealed that COP 21 in Paris may be yet another “Corporate COP” with the announcement of EDF and Suez Environnement as lead sponsors. Suez Environnement, infamous for its dealings in water privatisation, is partially owned by ENGIE, formerly GDF Suez, which profits from fracking operations around the world, putting it at direct odds with the advancement of the treaty. ENGIE and EDF’s coal operations contribute to nearly 50% of France’s emissions.
The cosy relationship between polluters and the UNFCCC has become increasingly institutionalised. The Lima-Paris Action Agenda (LPAA), a joint project of the incoming and outgoing COP presidents, the Office of the Secretary-General of the United Nations and the UNFCCC Secretariat, encourages direct engagement with non-state actors—primarily identified as sub-national governments and corporations – as stakeholders in the policymaking process.
“The fossil fuel industry is not a partner in the solution – it is the driver of the crisis. Giving big polluters a seat at the table glosses over the glaring conflict of interest fossil fuel corporations have in a real solution to climate change,” said John Stewart, deputy campaign director at Corporate Accountability International. “Inviting gas, oil and coal corporations to shape climate policy is akin to looking to Big Tobacco to shape public health policy.”
ALSO READ:  Paris Agreement: UAE urged to diversify economy from oil