The Africa regional director of United Nations Environment Programme (UNEP), Julliette Biao Koudenoukpo, has called on African countries that have ratified the Bamako Convention to work in synergy with the private sector to better reinforce and drive actions against toxic waste dumping in the continent. 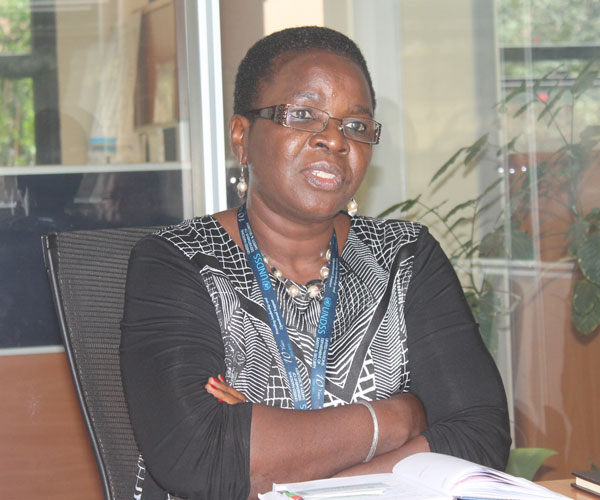 Despite experiencing related challenges, Nigeria is yet to ratify the convention.

She noted that waste dumping in Africa has become a major concern necessitating synergy of actions, innovations and strong political will for more positive results.

“There is need to strengthen cooperation between the public and private sector, with a view to enhancing the effectiveness of the actions on ground,” she said in an interview on the sidelines of COP2 meeting to the Bamako convention in Abidjan, Cote d’Ivoire, on Tuesday, January 31, 2018.

The director enjoined state actors to deepen cooperation with civil society organisations and business partners as part of a broader effort to raise the profile in the fight against toxic waste dumping, poverty and promoting green growth.

She lauded some countries like Cote d’Ivoire that are already heightening efforts to increase  the political priority accorded to sound management of chemicals and other waste dumping.

Other UN officials also shared the view of strong partnerships and cooperation to better push the Bamako convention and ensure its effective implementation on the ground by countries that have already ratified the treaty.

“Strengthening synergies between all the different development stakeholders will certainly give a boost to the effective application of the Bamako convention,” says  UN Environment Deputy Executive Director Ibrahim Thiaw.

He also highlighted the different challenges countries face protecting the planet’s critical ecosystems from contamination by hazardous chemicals and waste and the need for joined support and innovative strategies to overcome them.

“At this critical stage it is important for development stakeholders to commit to providing financial support to help countries address these important challenges,” Ibrahim Thiaw said.

The youths were challenged to lead efforts at preventing Africa from becoming a dumping ground for toxic waste because environmental issues are concern for the future and better livelihood.

“The youths must make their voices heard and front actions on the ground. They are called to increasingly show commitment to get things change for the better because environmental issues are concerns for the future and for improved livelihood,” says Julliette Biao.

She recalled that African nations have long been at the center of incidents involving hazardous waste dumping and that it was time to bring this unfortunate situation to an end.

Important toxic waste dump incidents include the leaking barrels of toxic waste in Koko, Nigeria in 1988 and the Probo Koala scandal in Cote d’Ivoire in 2006, to the current piles of e-waste threatening the health of West African communities.

In an effort to prevent incidents such as “Koko” and “Probo Koala” from happening again, and to reinforce existing international treaties surrounding the shipment and disposal of hazardous waste as established in the Basel Convention and Bamako Convention African states meeting at the second Conference of the Parties (COP2) to the Bamako Convention are expected to come up with strong binding resolutions.

While pursuing the objectives of the Convention,UNEP officials say COP 2 provides the opportunity for the different stakeholders to ensure the continent rids itself of hazardous wastes and contribute to the achievement of a pollution-free planet.

“The ministers during the high level talks agreed that the time for a new momentum for Africa to rid itself of hazardous waste and contribute to achieving a pollution free planet is now,” Julliette said.

“We strongly hope countries that are yet to ratify will do so and join in the fight,” says Anne Desiree Ouloto, the new President  of COP2 and minister for Public Health, Environment and Sustainable Development of Cote d’Ivoire.

Like Loading...
2018-02-02
admin
Previous: WHO embarks on yellow fever vaccination in Borno
Next: Nigeria ratifies Minamata Convention as 88th Party