The United Nations Economic Commission for Africa (ECA) has established the Liquidity and Sustainability Facility (LSF) that could reach $30 billion and will be dedicated to providing African governments with a liquidity structure on par with international standards so as to address the African Continent’s specific Eurobond issuance needs.

The LSF is also intended to provide international private investors seeking to invest in Africa with a robust framework and a diversified range of opportunities particularly in line with the UN’s Sustainable Development Goals (SDGs).

The LSF’s mission is intended to be achieved by way of investors’ entry into repo transactions with the LSF collateralised by African Eurobond issuances.

The LSF will be supported by Citi, who acted as structuring agent and provided expertise in setting up this facility, together with law firms White & Case LLP and Matheson and consultancy firm Eighteen East Capital.

A first transaction, which is expected to be announced in Q1 2022 for a total amount of $200 million, is currently in progress and has received interest from a number of large international Asset Managers such as Amundi. It is expected to be funded by Afreximbank.

“We are very pleased to be part of the first transaction of the Liquidity and Sustainability Facility” said Dr. Benedict Okey Oramah, President and Chairman of the Board of Directors of the African Export–Import Bank (Afreximbank), “we believe it will offer a strong opportunity to design a new financing paradigm for the Continent, one that will stimulate its economic growth and sustained development and attract diversified investments from the international ommunity.”

“Citi is proud to have advised on the LSF and to provide support in the key structuring aspects of setting-up the facility,” said Jay Collins, Vice Chairman of Banking, Capital Markets and Advisory for Citi. “We are focused on upporting emerging markets through a responsible and inclusive transition and our hope is that in the future this structure can be extended to other emerging markets.”

Whilst the LSF seeks to support all Eurobonds African sovereigns international financing needs, its goal is to also incentivise sustainability-linked investments such as green bonds and SDG bonds. Launched in the context of the COP26, the LSF, by enhancing the liquidity of SDG- or climate-linked bonds that are issued by African nations, seeks to dramatically increase the volume of green and blue bond financing, and at more affordable rates.

The share of sustainability-linked bonds issued in Africa and the Middle East accounts for only 1 per cent. of the global total amount, indicating that there is a large potential for growth, and opportunities for SDG investors.

“Today Africa needs more liquidity than ever before to finance its recovery and to invest in a bold, and sustainable environment,” said Vera Songwe United Nations Under-SecretaryGeneral and Executive Secretary of the United Nations Economic Commission for Africa (ECA).

“The Liquidity and Sustainability Facility is launched today at the COP 26 with the goal of rapidly creating a massive and concrete positive impact, a new asset class, intended to effectively mobilise private capital and support Africa’s economic development. We are extremely grateful to our international partners for their interest and support and we look forward to working closely with key global and regional institutions to build the success of the LSF. The LSF will bring more transparency to African debt markets and should improve debt sustainability,” she added.

“African governments have historically faced high cost of borrowing” said Dr. Mohamed Maait, Egypt Minister of Finance and Ken Ofori-Atta, Ghana Minister of Finance, “while developed countries have long enjoyed the existence of large repo markets for their government bonds, facilitating the creation of stable and additional funding sources. With
the Liquidity and Sustainability Facility, our aim is to be able to provide the same sort of liquidity-supportive environment to African governments and private investors alike.”

“It is crucial to have a differentiated approach, and support mechanisms in place to allow the countries that have a sustainable debt and access to international capital markets, such as the Ivory Coast, to mobilise long-term resources and at lower interest rates,” commented Alassane Ouattara, President of Ivory Coast. “All initiatives, in particular the Liquidity and Sustainability Facility, and an increased use of pension funds resources, must be
considered.”

Following its first African funded transaction, the LSF is expected to raise $3 billion by seeking Special Drawing Rights (SDRs) on-lending from developed countries in the wake of the IMF general allocation of SDRs equivalent to approximately $650 billion that became effective on August 23, 2021. 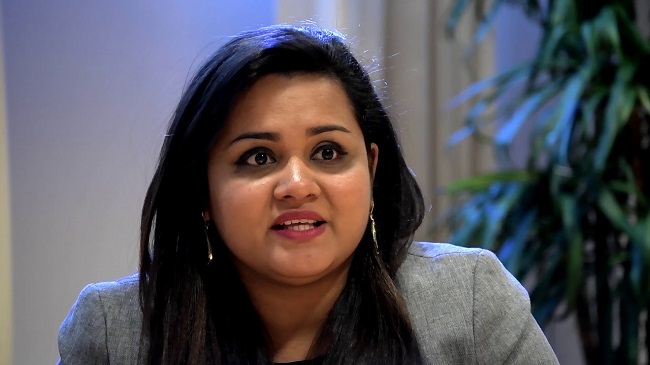 Young people in Africa have pledged to work harder and ensure that the continent achieves ...