The United Nations has underscored the need for sustained international support for the humanitarian response in Nigeria and the Lake Chad Basin, where millions are said to be in need of emergency assistance. 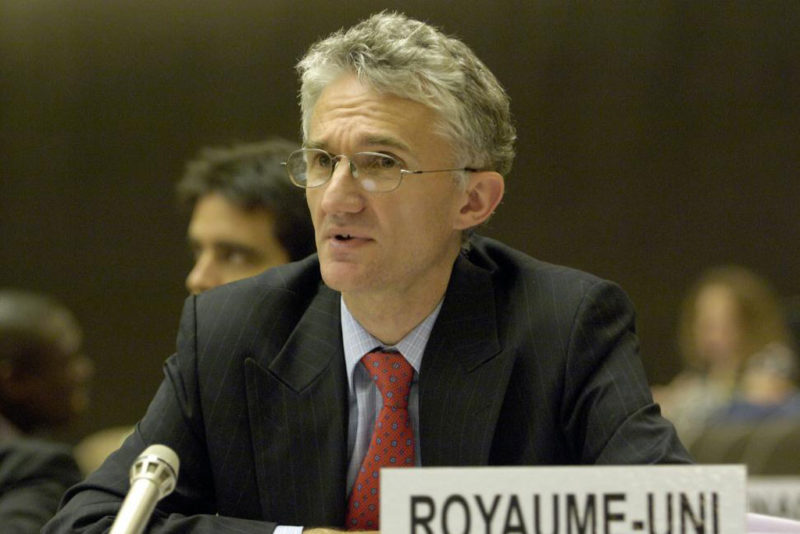 Under-Secretary-General for Humanitarian Affairs, Mark Lowcock, at a ministerial event held on the margins of the General Assembly’s high-level session in New York, regretted the destruction caused by Boko Haram terrorists in the region.

“We can and must help the millions of people displaced by the crisis as well as those hosting the displaced across the beleaguered Lake Chad region,” he said.

Lowcock, who is also UN Emergency Relief Coordinator, visited Niger and Nigeria earlier this month to raise the global profile of the Lake Chad Basin crisis, which is affecting some 17 million people in the region.

He said in Niger, the number of food-insecure people is around 1.8 million. Some 800,000 children are affected by acute malnutrition and almost 250,000 people are either internally displaced persons, returnees or refugees from Nigeria.

In northeast Nigeria, around 6.5 million people need life-saving assistance. Nearly 5.2 million are severely food-insecure and 450,000 children will suffer from severe acute malnutrition, this year, he added.

According to him, the $1.1 billion appeal for Nigeria is currently only 48 per cent funded.

“Together, we have managed to avert famine, but we cannot pause or slow down. We must continue to step up so that the millions of people who are still just a step away from starvation are not allowed to perish,” Lowcock said.

Deputy Secretary-General, Amina Mohammed, noted that, for the past eight years, Cameroon, Chad, Niger and Nigeria have suffered the horrendous consequences of the Boko Haram insurgency.

“Humanitarian needs will unfortunately remain high into next year and beyond. Sustained support is essential,” the UN deputy chief said.

The Deputy Secretary-General also noted that the crisis is “a powerful example” of the complex, multi-dimensional and interlinked challenges that the region faces, and shows why an integrated, comprehensive and coherent approach is needed to address the humanitarian-development nexus and its link to peace.

These challenges, she said, are driven by under-development, economic and political exclusion, environmental degradation linked to climate change, demographic shifts and structural fragility.

The UN deputy scribe also noted that countries in the region are dealing with violent extremists at the same time as they are hit by economic recession and low oil prices.

“I myself grew up in Maiduguri in Nigeria – the heart of the Boko Haram insurgency. “I know better than anyone that no child is born a terrorist. Children and young people are indoctrinated and radicalised by circumstances, conditions and influences.

“Governments must act to address the root causes of violence, including the full spectrum of social, political, economic and religious grievances,” she said.

She added that preventing crises requires investment in strengthening resilience and building the capacity of institutions and communities; investment in people and in social cohesion; reducing inequality and vulnerabilities; and expanding opportunities for all.

“The 2030 Agenda for Sustainable development is the best preventive tool we have,” she stated, referring to the 17 Sustainable Development Goals adopted by world leaders in 2015 to end poverty, reduce inequality and tackle climate change.

Pope Francis has denounced the “poison of greed” driving...

General elections: Whither climate change in their manifestos?

As candidates intensify campaign for various elective positions in...