October 18, 2016 Comments Off on UN talks open to set the stage for global land stewardship 1,017 Views

“Ignoring land degradation neutrality (LDN) could be political suicide,” said Monique Barbut, the Executive Secretary of the United Nations Convention to Combat Desertification (UNCCD), emphasising the real benefits populations will feel in terms of climate change, rural employment and food security. LDN is one of the targets of the Sustainable Development Goals (SDGs). 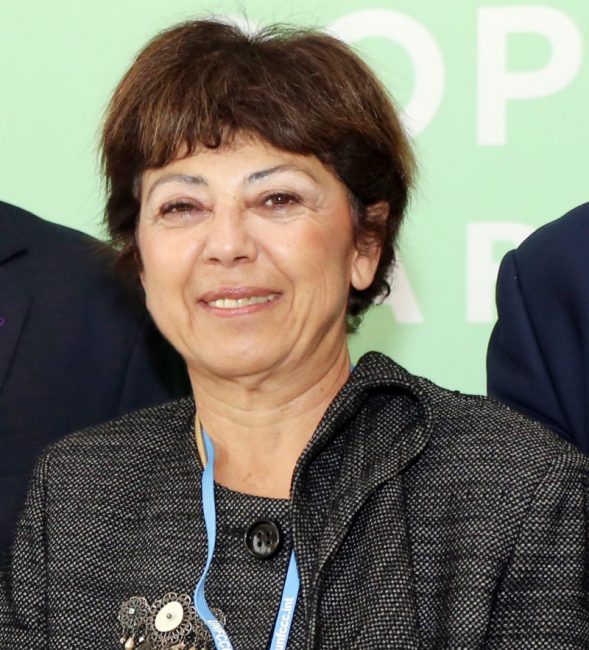 Monique Barbut, Executive Secretary of the UNCCD. She cautions against ignoring the LDN. Photo credit: www.iisd.ca

At the opening of the 15th session of the Committee for the Review of the Implementation of the Convention (CRIC15) being held in Nairobi, Barbut explained why LDN is so important.

CRIC, the Committee for the Review of Implementation of the Convention, was established by decision 1/COP 5, as a subsidiary body to the COP. CRIC15 will consider LDN within the Strategic Framework that will guide action under the Convention from 2018-2030 and is set to be adopted by the Conference of the Parties to the UNCCD next year.

Over 100 countries have begun setting their own practical and ambitious LDN targets. Kenya who hosts CRIC15 is among them.

Opening the session, Charles Sunkuli, the Principal Secretary of the Ministry of Environment and Natural Resources announced, “In September, 2016 the country launched an ambitious land restoration programme targeting 5.1 million hectares of degraded and deforested landscapes for restoration by 2030.”

He underlined the fact that the pressure on households to meet their immediate and urgent needs makes pushes them to prioritise the short term over long term interests and sustainable development. He said Kenya is working with the local and county governments in order to meet its targets to control land degradation, and other initiatives such as the Bonn Challenge.

Barbut also confirmed China is set to host the 13th session of the Conference of the Parties in Ordos, Inner Mongolia in 2017.