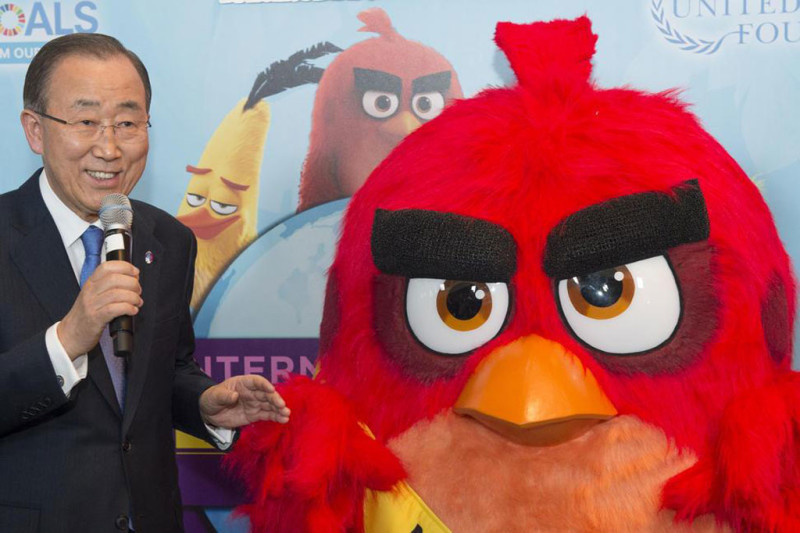 The United Nations on Friday (March 18) announced a campaign to encourage young people to step up their actions to address climate change and ensure a sustainable and happier future for all.

The campaign is launched in partnership with the “Angry Birds” – the globally renowned mobile game characters – to make a direct link between tackling climate change and people’s happiness and well-being on the occasion of the International Day of Happiness.

“The Angry Birds have entertained millions of people around the world – and now they are part of making the world a better place,” said Secretary-General Ban Ki-moon, who appointed Red of the Angry Birds as an Honorary Ambassador for Green at a launch event at UN Headquarters in New York.

“We are proud to give Red a reason to go Green. There is no better way to mark the International Day of Happiness than to have our animated ambassador raise awareness about the importance of addressing climate change to create a safer, more sustainable and happier future for all,” Mr. Ban said.

The campaign, in partnership with Sony Pictures Entertainment, the UN Development Programme and UN Foundation, asks the general public across the world to make the Angry Birds happy by taking actions on climate change and sharing their photos and commitments on social media platforms using the common hashtag, #AngryBirdsHappyPlanet. By recycling, taking public transportation and conserving water, for example, individuals can share tips on how they can live sustainably and happily in their everyday lives.

As part of his ambassadorial duties, Red will go on a “virtual world tour” starting on 21 March, highlighting various ways to take climate action. His tour will take him to Paris, where countries adopted an historic agreement to address climate change in December, and will end in New York, where world leaders will sign the Paris Agreement at UN Headquarters on 22 April.

During the launch event, the voice actors from the upcoming Angry Bird movie, Jason Sudeikis, Josh Gad, and Maya Rudolph, and producers John Cohen and Catherine Winder gave hundreds of students gathered in the iconic UN General Assembly Hall a sneak preview of the #AngryBirdsHappyPlanet campaign materials, including public service announcements created to support the campaign. They also asked the young audience for their support to the campaign by doing their part to make a difference on climate change. 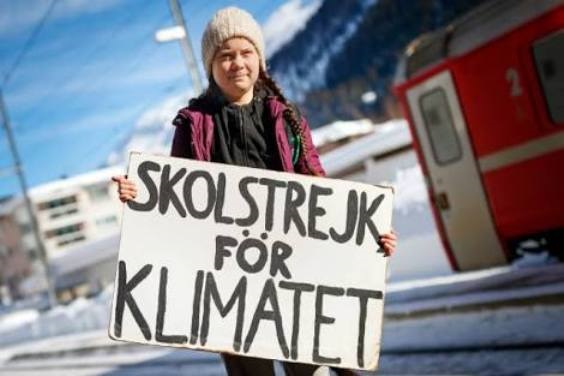 Youth climate strikers under the banner of Fridays for Future have called for a Global Day of ...