The twists and turns around 34-year-old Ajaokuta Steel Company

December 26, 2017 Comments Off on The twists and turns around 34-year-old Ajaokuta Steel Company 1,206 Views

The steel industry is said to be the backbone of any nation.

The industry will continue to serve as stimulus to national development and economic boaster to industrial growth of a country. 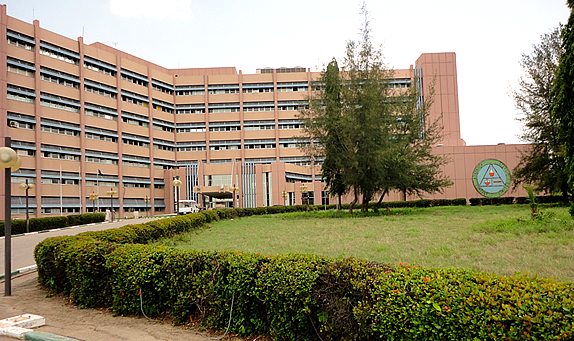 Ajaokuta Steel Project is located on 24,000 hectares of sprawling green-field land-mass. The Steel Plant itself is built on 800-hectares of land

The Ajaokuta Steel Company in Kogi State of Nigeria was envisaged to serve as the bedrock of the nation’s industrialisation.

The idea of having a steel industry was conceived in 1958 by the Federal Government and preliminary market studies were carried out and studies were initially directed towards the feasibility of establishing Rolling Mills.

However, because of the growing awareness of the availability of iron ore in Agbaja, Udi and other areas of the country, emphasis later shifted to establishing an integrated steel plant.

Late Sir Abubarka Tafawa Balewa and late Dr Nnamdi Azikiwe between 1960 and 1966 invited and recieved proposals from foreign firms, including those from UK, U.S., Germany and Canada, most of these being on the feasibility of establishing steel complexes.

The efforts of the government did not yield significant positive result because they were based on the use of iron deposits in Agbaja and Udi which were later found to be unsuitable for Direct Reduction.

In 1967, a team of Soviet experts arrived in Nigeria to conduct a feasibility study on the establishment of an iron and steel plant, as a follow-up on a technical/economic cooperation agreement between the Governments of Nigeria and the USSR.

In their report, they recommended the use of Blast Furnace process of iron making. The report also pointed out that the known iron ore deposits in the country were of poor quality and recommended that further geological surveys be conducted to see if better ore could be found.

In 1968, Soviet geological experts came to Nigeria and after a general geological investigation reported that there were high prospects for richer iron ore and coal deposits in the country.

However, the Federal Government signed a contract in 1970 with TyazhPromExport (TPE), a Russian company, under which they agreed to provide specialised equipment to carry out further geological survey to determine the quantity of the deposits of iron ore, coal resources in the country that could be used for the proposed iron and steel industry.

By 1973, suitable iron ore deposit was discovered in Itakpe, Ajabanoko and OShokoshoko all in the region around the Kabba-Okene-Lokoja-Koton Karfe axis, now in Kogi State.

The TPE was contracted to prepare the Preliminary Project Report for the proposed iron and steel industry in Nigeria.

TPE was subsequently commissioned to prepare the Detailed Project Report (DPR) on Ajaokuta which was completed and submitted in 1977.

In 1979, Ajaokuta Steel Company Limited (ASCL)/NIOMCO, and Delta Steel Company (DSC), among others, were established under Section 2 of National Steel Council Decree No. 60 of Sept. 19, 1979 and incorporated as Limited Liability Companies.

In 1980, former President Shehu Shagari laid the foundation stone of an integrated steel plant in Ajaokuta on 24,000 hectares of sprawling green-field landmass, built on 800-hectares.

With all these achievements, it was, however, sad that the gigantic steel plant idea conceived and executed by past leaders had failed to contribute to the development of Nigeria.

The Ajaokuta Steel that had reached 98 per cent completion as far back as 1994 has not produced a single steel till date.

The integrated plant was envisaged to have multiplier effects on all sectors of the Nigerian economy such as the industrial, agriculture, transport and construction sectors, among others.

The steel plant complex also has highly sophisticated assemblage of 43 different plants made up of a web of complex iron, cable and machinery of different sizes and functions.

Out of the 43 plants, 40 are already completed and can produce independently.

Ajaokuta steel has the capacity to become a major producer of industrial machineries, auto-electrical spare-parts, shipbuilding, railways and carriages.

The steel plant’s first phase has the capacity to provide direct employment for 10,000 technical staff and indirect 500,000 for unskilled upstream and downstream employment if it is in operation.

The Federal Government had spent over $10 billion over 34 years and would require another $2 billion to complete the remaining two per cent of the plant.

South Korea, which started its steel construction around the same time with Ajaokuta steel now has a revenue base of over N60 billion dollars per annum and employed over 65,000 staff.

Ajaokuta steel would have done better if it had started production.

According to World Steel Association (WSA) report, South Africa and Egypt produced 6.1 and 5.0 million tonnes of steel in 2016, while South Africa is the 22nd on the list of countries on steel production, Egypt is the 27th.

China, the world’s largest steel producer topped the chart with a production of 808.4 million tonnes representing about 50 per cent of global steel output for 2016, as Japan and India produced 104.8 and 95.6 million tonnes of crude steel to maintain the second and third position on the list.

Virtually all the nations that are playing big globally have enhanced capacities for steel production.

Even those that do not have any of the key mineral inputs needed for steelmaking had over the years developed the capacity to produce steel.

Japan and South Korea, for instance, have no mineral resource for iron and steel, but they rank among the world top 10 countries in steel production.

Nigeria that is blessed with raw materials such as iron ore, coal, natural gas and limestones needed for the manufacture of steel is still struggling with what to do with the dormant plant.

In June 2003, former President Olusegun Obasanjo conceded Ajaokuta steel to Messrs Solgas Energy of USA on a 10-year  tenure; in August 2004, the Federal Government terminated the Solgas Agreement due to non-performance.

In 2004 and 2005, the Obasanjo administration, again, granted another concession to Global Infrastructure Nigeria Limited (GINL) an India company for the operation of Ajaokuta Steel and the Nigeria Iron Ore Mining Company (NIOMCO) at Itakpe in Kogi.

However, the Indian company did not live up to Federal Government’s expectation in managing the two companies.

Consequently, the late Umaru Yar’Adua administration was compelled to revoke the contract in April 2008 without meeting the requirements of the clauses built into the agreement.

In 2016, President Muhammadu Buhari fulfilled his campaign promise on Ajaokuta Steel by settling the legal bottleneck surrounding the companies out of court.

However, the Federal Government signed modified concession agreement with GINL to enable the firm to retain the National Iron Ore Mining Company, Itakpe.

The modified seven-year concession agreement was signed on Aug. 1, 2016, while the Federal Government took over the Ajaokuta Steel.

While the Federal Government was planning to reconcession Ajaokuta Steel again, stakeholders in the Nigerian Metallurgical Society urged it to complete the remaining two per cent and operate the plant for few years before concessioning it.

The stakeholders also urged government to provide clear and articulated plan for the development and growth of metal production sector as the struggle for functional steel company in Nigeria continued.