May 24, 2015
159
0
Share
Facebook
Twitter
Pinterest
WhatsApp
The two-week long Triple Conference of Parties (Triple COPs) to the UN Basel, Rotterdam and Stockholm (BRS) Conventions appeared to have failed in its objective of “translating science into action” as it closed in the early hours of 16 May (CW 6 May 2015). 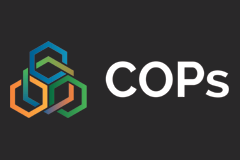 Many of the decisions up for adoption – which were supported by the vast majority of parties – were blocked by a handful of countries, or in some cases just one. Meanwhile environmental NGOs say many of the decisions adopted include provisions that weaken the recommendations and proposals tabled at the meeting.
Parties to the Stockholm Convention on persistent organic pollutants (POPs) failed to agree a compliance mechanism. However, decisions included:
• polychlorinated napthalenes (PCNs) will be added to the list of banned substances (Annex A), but, at Russia’s suggestion, with an exemption for some PCNs used as intermediates. Environmental groups are concerned by the exemption as it is for highly-hazardous polyfluorinated substances. Little PCN is made these days, with its main uses in wire insulation coatings, wood preservatives, and rubber and plastic additives;
• the solvent hexachlorobutadiene (HCBD), which is mainly used to make rubber compounds, will also be added to Annex A. However, at the request of several parties, the conference did not follow the POP Review Committee’s recommendation to also include it in Annex C, which tackles unintentional sources. NGOs say that because the substance is not made any more, addition to Annex C is critical to controlling releases; and,
• after discussions in several plenary sessions, the parties agreed to add the biocide and pesticide pentachlorophenol (PCP) and its salts and esters to Annex A. The decision was repeatedly blocked by India, which questioned the science behind the POP Review Committee’s recommendation to list the substance – much to the exasperation of the EU and Australian delegations. In the end, at Switzerland’s suggestion, it was decided to take the unprecedented step of voting on the proposal (previously all decisions had been adopted by consensus). The first vote in the history of the convention saw 90 countries back a global ban on PCP, two oppose it and eight abstain.
The parties to the Rotterdam Convention on the prior informed consent procedure for certain hazardous chemicals and pesticides in international trade agreed to add the pesticide methamidophos to the list of substances subject to the Pic procedure (Annex III).
Other substances recommended by the convention’s scientific advisory body, the Chemical Review Committee, for inclusion in Annex III included insecticides trichlorfon and fenthion, as well as certain formulations of paraquat, and chrysotile asbestos. However, the parties could not reach consensus on listing the substances, and decided instead to establish an inter-sessional working group on the issue.
Although several parties stressed that addition to Annex III of the Rotterdam Convention does not constitute a ban, but instead triggers the need for countries to notify and consent to trade the substances, others insisted they would not support their inclusion in Annex III: for example, despite a compromise sought on fenthion, Sudan “categorically” rejected its inclusion.
The inability to get chrysotile asbestos, and certain formulations of paraquat, listed (decisions deferred in 2013), raised questions on the activities of industry at the meeting. Ecuador, for example, said it was “intolerable” that the private sector had exerted “some pressure” on delegates, and the EU delegation said it appreciated Ecuador’s comments. Some NGOs told Chemical Watch they were concerned by the apparent influence of industry on parties to the conventions, notably in the asbestos and pesticide sectors.
The decision to list chrysotile asbestos was blocked by India, which tried to block four decisions in total.
The parties also failed to adopt a compliance mechanism, because India blocked such a move. Unlike the Stockholm Convention, the treaty lacks a voting mechanism when consensus cannot be reached.
Seven technical guidelines for the management of different wastes were adopted under the Basel Convention on the transboundary waste shipments. These covered:
• mercury and mercury compounds;
• general POPs;
• perfluorooctane sulfonic acid (PFOS), its salts and perfluorooctane sulfonyl fluoride (PFOSF);
• polychlorinated dibenzo-p-dioxins, polychlorinated dibenzofurans, hexachlorobenzene, polychlorinated biphenyls or pentachlorobenzene;
• polychlorinated biphenyls (PCBs), polychlorinated terphenyls (PCTs) or polybrominated biphenyls (PBBs), including hexabromobiphenyl (HBB);
• hexabromodiphenyl ether and heptabromodiphenyl ether, and, tetrabromodiphenyl ether and pentabromodiphenyl ether; and,
• hexabromocyclododecane (HBCDD).
NGOs were particularly concerned about the waste disposal threshold levels included in the general POPs guidelines. The International POPs Elimination Network (Ipen) said the waste content limit 1,000ppm for the brominated flame retardants HBCD, pentaBDE, and octaBDE – substances widely used in building insulation, upholstery and electronics – were “dangerous”and much higher than the 50ppm limit for PCBs and other substances already listed in the treaty.
Consequently, it said, recycled products used by EU consumers and then exported to developing countries as waste, will“transfer the toxic burden from richer countries to poor countries where the capacity to deal with contaminated waste is limited.”
Parties also adopted technical guidelines on electronics waste (e-waste), including the transboundary movement of e-waste and used electronic and electrical products on an“interim basis” after India repeatedly objected to their legal basis.
The guidelines are designed to help countries identify e-waste and used equipment moving between countries, with the aim of controlling illegal traffic, as well as supporting genuine recovery, repair, recycling and reuse of non-hazardous electronic components and equipment. Under the interim agreement, the content of the guidelines will be reviewed by the Treaty’s Open-Ended Working Group in a year’s time.
The progress on the technical guidelines, especially those on e-waste, along with agreement on the substance listings, were highlighted as successes of the Triple-COPs by the BRS secretariat, along with advances made in strengthening the synergies and implementation arrangements for the three conventions.
One source close to the meeting said the votes on PCP and pushing through adoption of the e-waste guidelines could have positive implications, especially for the next COPs in two years” time. He said“a small revolution took place on Friday night and that might push the processes in a more positive direction for future implementation, listings, and so on. Some parties basically said ‘enough!’ and forced through the view of the vast majority, the view which stood for science and for health and for environment.”

A team of chemists from the University of New...