How trees can protect vulnerable populations

August 28, 2017 Comments Off on How trees can protect vulnerable populations 706 Views 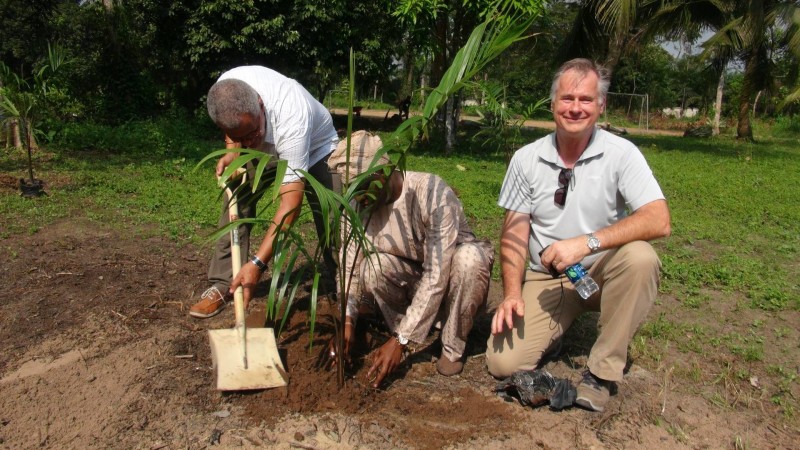 If you want evidence of climate change’s devastating effects, just look at the news over the last few weeks. Phoenix, Arizona got so hot planes couldn’t land. Iran set a new record temperature of 54°C. Perhaps most frightening, a devastating heatwave continues to grip much of Europe, killing at least five people so far and causing droughts, wildfires and transit shutdowns – Italians have dubbed the weather event “Lucifer.”

One can argue there’s nothing new or remarkable about summer heatwaves, of course. But what isnew and remarkable is their frequency and intensity, and they’ll likely get worse if we don’t take steps to curb climate change. Cities will be particularly hard hit, as the urban heat island effect – caused by sparse vegetation and heat-absorbing surfaces like asphalt – can result in temperatures as much as 12°C higher than in less-developed areas nearby. While the heat island effect will remain consistent as the climate changes, the additive challenges of higher temperatures and paved cities will make many neighborhoods less livable.

And for certain neighborhoods within cities, the situation is even worse. The urban heat islands are most prevalent in lower income neighborhoods, where residents are also less likely to have air conditioning or easy access to public cooling centers. In our fast-heating cities, climate change is threatening those who are already most vulnerable.

Urban planners and public health officials are grappling with the best way to approach this complicated issue. But there’s one solution we can implement now with a big impact: plant more trees. Trees and other vegetation naturally cool the air around them by shading surfaces and releasing water vapor. And while the effects are local – most of the improvement is within 100 metres – they can still be meaningful, reducing temperatures by up to 2°C.

The Nature Conservancy has carried out a study of 245 cities around the world that stand to benefit from tree-planting initiatives, assessing their efficiency and return on investment. Compared to other ways to cool outdoor air temperatures, such as white roofs, trees deliver similar benefits per dollar spent. Urban trees can also reduce fine particulate matter air pollution, a problem that contributes to 5 percent of all deaths worldwide each year.

Given that the most significant effects of trees are highly localised, we found that densely populated megacities in Pakistan, India, and other parts of South and Southeast Asia would benefit most. Yet this also means that within cities there are will be individual neighborhoods that could benefit, depending on their density and existing level of vegetation. This is an advantage both for efficiency and from a social equity standpoint, as planting can be targeted directly to those neighborhoods with greatest need.

Trees also offer a huge range of other benefits. In addition to the cooling and air quality benefits, trees provide habitat for wildlife, reduce storm-water runoff, and sequester carbon from the atmosphere, which helps to mitigate climate change. There is also a growing body of research showing that exposure to trees and other vegetation has a positive effect on mental health, especially for children.

Trees are not a cure all, of course – it will take a comprehensive set of solutions to make our cities cooler and healthier, and it will take concerted action on the national and international level. Because our climate science indicates that heatwaves will only get worse: a new report from the European Commission predicts that if we don’t limit climate change, much of the world could regularly experience heat indices (a measure of the combined impacts and heat and humidity) as high as 55°C – significantly higher than those in the 2003 heatwave that killed 70,000 people across Europe.

Trees are only a small part of the complex solutions required to reduce the possibility of such heatwaves and the deaths that would surely accompany them. In order to keep the climate in safe boundaries, we’ll have to both decarbonize our economies and invest more in natural climate solutions – strategies such as avoiding forest loss, reforestation, investments in soil health and coastal ecosystem restoration that maximise nature’s carbon storage potential.

But local communities don’t have to wait to take action – when it comes to mitigating the effects of climate change for city residents, municipal leaders can lead the way. Planting trees is a strategy that can be implemented now, and one that is particularly beneficial for the most vulnerable and disadvantaged urban populations. If we want cooler, safer communities, now is the time to plant them.