African groups participating in the 23rd Session of the Conference of the Parties (COP23) to the United Nations Framework Convention on Climate Change (UNFCCC) have expressed their frustrations over the seemingly endless trail of negotiations. 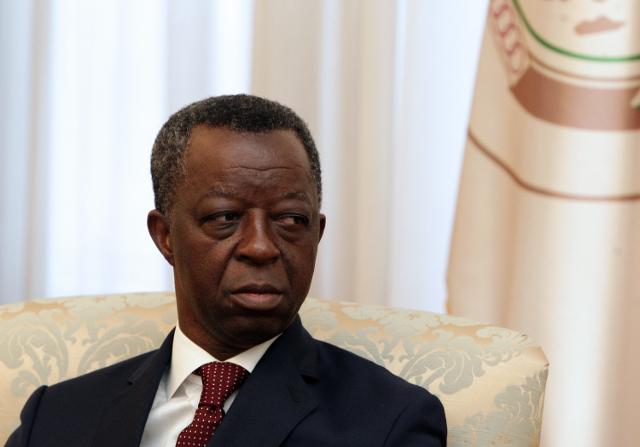 Speaking at a press conference on the side-lines of the ongoing climate talks, leaders of the Pan African Parliament (PAP) and the Pan African Climate Justice Alliance (PACJA) expressed dismay over the slow progress of negotiations and inertia on the part of developed country parties.

“For 21 years we have negotiated, and now we have the Paris Agreement. There is nothing more to negotiate, its time to implement the Paris Agreement,” Nkodo Dang added. According to the Chair of the Pan African Parliament committee on Rural Economy and Agriculture, Jacqueline Amogine, “climate change in Africa has a gender imperative as women are the most affected when there is no food on the table and no water to drink.”

“If the COP must remain relevant, it has to move from talk to action especially on the implementation of the key aspects of the Paris Agreement,” Amogine said.

Evaluating the progress after one week of negotiations, the coalition of African civil society groups, under the aegis of Pan African Climate Justice Alliance (PACJA), expressed their concern over the little progress which brackets many issues regarding the means of implementation of the Paris Agreement.

“We are worried that the aspect of differentiation relating to climate finance is vanishing in the negotiations so far,” PACJA’s Mithika Mwenda said.

“We are concerned about the fulfilment of the pre-2020 finance commitment on the provision of $100 billion per year up to 2020 and we urge the COP Presidency to initiate talks of the new finance goal here in Bonn to show urgency of the matter,” the PACJA Secretary General added.

African groups also expressed their strong support for adaptation to serve the Paris Agreement and they warned that the current discussions on the agenda should not be dragged to next year.

“The agreement should be concluded here at the COP23 and parties should maintain the current governance structure as well as ensure sustainability of funding sources,” the groups added.

Meanwhile, frustrated NGOs are again thinking of suing the governments of rich nations over their inaction in combatting climate change-induced loss and damage.

An abiding nightmare of many developed country governments, the thirdpole.net says, is a slew of lawsuits seeking compensation in the International Court of Justice, as these countries have been responsible for most of the build up of greenhouses gases in the atmosphere.

This is why developed country delegations pushed for legal liability to be removed from the Paris Agreement at the UN climate talks two years ago. The trade-off was that rich nations would “enable action and provide support to developing countries” to deal with the loss and damage.

Harjeet Singh, the global lead on climate change at ActionAid, said: “There has been hardly any work on this”. An international mechanism to work on the issue of loss and damage – called the Warsaw International Mechanism – was set up at the 2013 climate summit in Poland.