Chairman, the Senate Committee on Environment, Sen. Oluremi Tinubu, has advocated more funding for the environment ministries and agencies to function optimally. 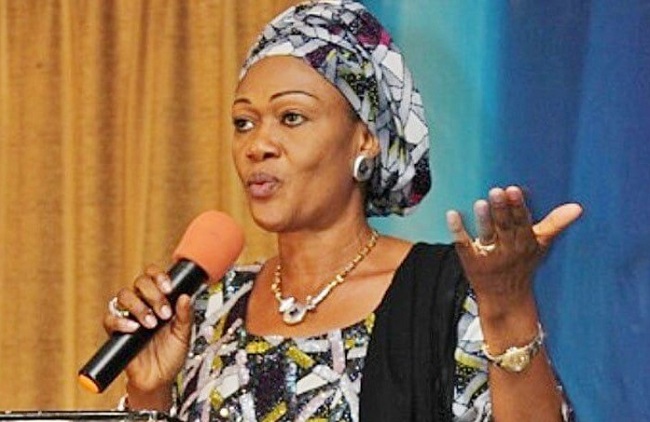 Tinubu made the call in Ibadan, Oyo State, on Tuesday, November 6, 2018 during a courtesy call on Gov. Abiola Ajimobi in his office.

The News Agency of Nigeria (NAN) reports that Tinubu had led other senators in the committee to Ibadan on oversight function to some agencies.

Tinubu urged the Federal Government to investigate the budget of the ministry, saying it was too small for the ministry and agencies to perform optimally.

“The budget for the environment ministry is very small and there is need for government to look into it.

“From our oversight visit to Forestry Research Institute of Nigeria (FRIN), we discovered that the institution needs lot of funding to function optimally,’’ she said.

She said that the delegation had during their visit to FRIN, presented a document containing useful environmental laws recently enacted to make the institution function maximally.

The lawmaker said that the new laws guaranteed recognition for FRIN to deal with international organisations, given it autonomy to act on environmental issues and colleges under FRIN tertiary status.

Tinubu commended Dr Sola Adepoju, FRIN Director-General for the tremendous transformation witnessed at the institute, which she described as “amazing and overwhelming’’.

“The quality of work carried out at FRIN, particularly materials and content is overwhelming. The D-G has utilised the resources allocated to the institute very well.

Responding, Ajimobi commended the senate committee for its effort toward ensuring that people enjoyed a better environment.

The governor said that the role of the environment ministry, agencies and other relevant stakeholders was very important in repositioning of the country.

He said that the state had the potential of becoming the food basket of Nigeria, considering its landmass and concentration of agricultural research institutes.

“Our administration is much committed to infrastructural development and urbanisation of the state. Our target is to make the state the third largest in Africa within 25 years,” he said.

Ajimobi said that the government had been trying to achieve the feat by doubling the Gross Domestic Product (GDP) of the state.

He commended the Senate delegation, promising that the state would harness potential in the research institutes.

NAN reports that on the senate delegation were Sen. Foster Ogola and Mr Sanni Lawan, Clerk of the committee.