December 14, 2018 Comments Off on Suleiman Hassan is new Minister of Environment 1,315 Views

President Muhammadu Buhari has approved the appointment of Alhaji Suleiman Hassan as the Minister of Environment, following the resignation of the Minister of State, Ibrahim Jibril. 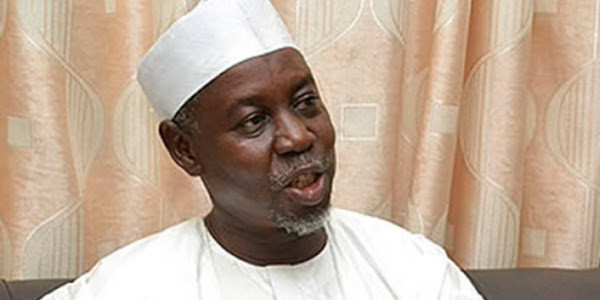 Before his appointment, Hassan was the Minister of State, Power, Works and Housing.

Hassan’s appointment was conveyed in a statement by Garba Shehu, the Senior Special Assistant to the President on Media and Publicity in Abuja, on Thursday, December 13, 2018.

Jibril had on Wednesday announced his resignation from the Federal Executive Council (FEC) to enable him to assume his new position as Emir of Nasarawa.

Jibril, who appeared in traditional attire during the FEC meeting presided over by President Muhammadu Buhari at the Presidential Villa in Abuja, thanked the president for according him the opportunity to serve in the cabinet.

The minister said the appointment had afforded him the opportunity to serve the country in the last three years.

“The last three years had been full of opportunities and I must thank the Almighty God for giving us the strength and the courage to serve under your wonderful leadership.

“There is no doubt that I have personally learnt a lot from your sense of fairness to all and your commitment to the entire nation and the desire to fight corruption to a standstill.

“We learnt a lot from these outstanding qualities,’’ the minister said.

He also thanked members of the cabinet for their support and cooperation throughout the period he served.

Jibril was on Dec. 7 appointed Emir of Nasarawa in Nasarawa Local Government Area of Nasarawa State by the state governor, Alhaji Tanko Al-Makura.

Like Loading...
2018-12-14
admin
Previous: Over 1,000 institutions divest from fossil fuel
Next: Mongolians urge UN attention to air pollution in capital