The Attorney General (AG) of Oyo state, Oluwaseun Abimbola, and the Director of Investment, the Ministry of Finance, Yinka Fatoki, who were subpoenaed by Justice Muhammed Idris of the Federal High Court in Ikoyi, Lagos, have appeared before the court to present vital documents in relation to the ongoing criminal trial of a former governor of the state, Chief Rasheedi Ladoja. 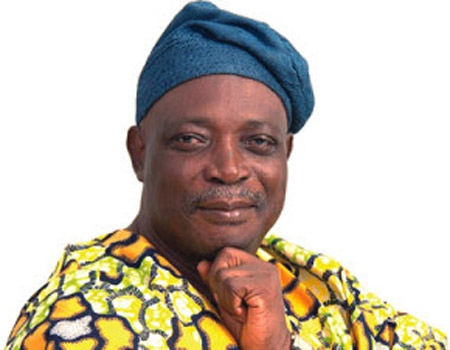 The documents presented were photocopies of checks from Zenith Bank Plc, and bond documents from Fountain Security Limited, among others. Ladoja and his former Commissioner for Finance, Waheed Akanbi, are being tried for unlawful conversion of N4.7 billion belonging to the Oyo State Government to theirs.

Mr. Adeyinka Olumide-Fusika, counsel for Akanbi, had asked the court at the last proceeding to summon the officials to tender some documents as exhibits.

So, upon the presentation of the documents by Mr. Fatoki, the defense lawyer, sought to tender same as evidence in defense of his client, a move which was objected to by lawyer to the Economic and Financial Crimes Commission (EFCC), Oluwafemi Olabisi.

Olabisi said: “I have no objection to the first 12 documents but starting from Zenith Bank checks to the last page, I have series of objections. The next few pages are photocopies of managers’ checks. They have no relevant to this case.”

The prosecutor also said some of the certified documents were not properly signed and dated hence failed to abide by the necessary authorities guiding certification of documents.

“My lord,” he said, “the remaining part has to do with Fountain Security Limited. It is taken that Fountain Security is a private company that has no nexus with the subpoenaed person that has brought these documents. The document was not addressed to Oyo state government or even the 2nd defendant in this matter.”

He therefore urged the court to discountenance the “irrelevant” documents attached to the bundle.

Olumide-Fusika opposed the submission of prosecuting counsel, stating that prosecution cannot dismantle the bundle of documents as presented because he is neither a staff of Oyo state government nor that of Fountain Security Limited.

“For counsel to say that one document is relevant and the other is not relevant amounts to testifying. I do not understand the objection. He does not work for Oyo state neither does he know their records. They have produced what they have in their records as ordered by this court on 6 of October 2017,” Akanbi’s counsel opposed.

He also urged the court to discountenance the objection of the counsel for prosecution.

However, having listened to the argument of both counsel, the presiding judge ruled that there is prima facie evidence that the documents are relevant to the case. He therefore admitted the document as evidence, adding that the documents would be taken as a single bundle.

Consequently, he adjourned the matter till October 20 for continuation of trial.

Ladoja and Akanbi are facing an eight count charge bordering on money laundering and unlawful conversion of funds belonging to the Oyo State Government to their own.

In one of the counts, Ladoja and Akanbi were accused of converting a sum of N1,932,940,032.48, belonging to Oyo State Government for personal use.

The EFCC claimed that they retained the money sometime in 2007, despite their knowledge that it was proceed of a criminal conduct.

In another instance, Ladoja was accused of removing the sum of £600,000 from the state coffers in 2007 and sent it to Bimpe Ladoja, who was at the time in London.

The ex-governor was also accused of converting the sum of N42m, belonging to the state, to his own and subsequently used it to purchase an armored Land Cruiser jeep.

The commission claimed that Ladoja transferred the N77, 850,000 to one Bistrum Investments, which he nominated to help him purchase a property named Quarter 361, Ibadan, Oyo State.

Like Loading...
2017-10-10
admin
Previous: High-level commission on noncommunicable diseases to be established
Next: Funding state courts by governors is unconstitutional, lawyer says