A new state-wise assessment of coal power procurement, done by the Centre for Science and Environment (CSE), has found West Bengal to be number one state in buying the dirtiest coal power in India.

According to the study, most of the stations supplying electricity to the state have not taken adequate measures to comply with December 2015 sulphur dioxide norms notified by the Union Ministry of Environment, Forest, and Climate Change.

“Therefore, in this study, the researchers have considered the progress made by stations to meet the sulphur dioxide norm as a measuring scale to identify the dirtiest power.”

The Ministry of Power is pushing the Ministry of Environment, Forest, and Climate Change to dilute or further delay the implementation of sulphur dioxide norms.

In its assessment, CSE has ranked the states and Union territories (UTs) based on the percentage tie-up they have with unclean coal power capacity. Thirty-three states procure electricity from coal-based power plants in India. These states have tie-ups with various coal-firing power generators which are at times located in different states also. CSE has accessed data for 162,091 MW capacity from the Ministry of Power’s website and has assessed how much cleaner power a particular state is procuring.

Says Soundaram Ramanathan, deputy programme manager, industrial pollution unit, CSE: “We found that on an average, only 42 per cent of the tie-ups have been with cleaner coal power stations. In nine states, the tie-ups have been lesser than this average – West Bengal with 16 per cent stands out as the state buying the maximum amount of ‘dirty’ power.”

Of the nine states buying maximum unclean power, only Gujarat and West Bengal have the full authority to monitor the stations as these stations are located within their state boundaries.. The rest of the states have dual accountability of cleaning up both their own stations as well as ensuring stations supplying to them from other states are clean.

Says Yadav: “The penalty for non-compliance today is just a fraction of the fixed costs paid to power plants. This cannot push the sector towards compliance. The government will need to revisit and strengthen its deterrence mechanism – otherwise, implementing any environmental regulation will take decades.”

Previous: 2021 set to be global action year for renewables
Next: Mabera Water Storm, other erosion projects inaugurated in Sokoto 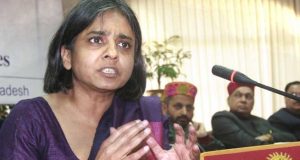