Research scientists, government and non-governmental organisations’ representatives, entrepreneurs and pastoralists from Kenya, Senegal and Burkina Faso met recently to share knowledge and experiences so as to strengthen the resilience of livestock systems in the future. 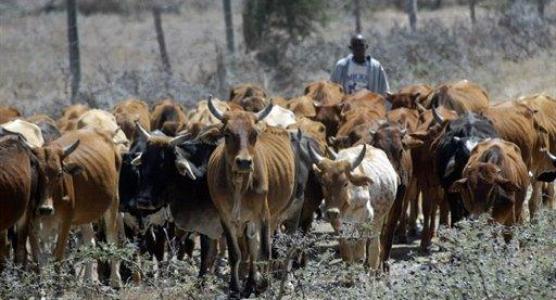 “The livestock sector in Africa, especially the extensive livestock, has for a long time been mystified on its contribution to crucial sectors such as the economy,” said Kamau Kuria, the Chief Executive Officer for Kenya Markets Trust (KMT).

The Regional Dialogue for Livestock Value Chain Transformation was organised by KMT in collaboration with International Development Research Centre (IDRC) and the Overseas Development Institute (ODI) to support the resilience of extensive livestock production systems in semi-arid areas south of the Sahara, particularly in the Sahelian regions and in the Horn of Africa.

The dialogue was based on latest research findings from different studies in Kenya and Senegal under the Pathways to Resilience In Semi-Arid Economies (PRISE) project, which indicated that private sector actors along livestock value chains are diverse, ranging from private individuals to entrepreneurs to small-medium enterprises and larger actors.

“Studies have been done and evidences have been gathered from several arenas on the livestock value chain. It is now time to focus and relate that to actions that can show transformative results,” said Kuria.

Dr Stephen Moiko, one of the PRISE researchers, concurred with Daud, saying that pastoralists usually produce for the market, but they do not understand the market. “Pastoralists do not sell the best. Instead they sell weaker animals to get money to solve immediate social needs,” he told the delegates.

He urged governments, NGOs and the private sector to invest in the fattening programmes for value addition as a way of helping pastoralists adapt to climate change.

“It is a pity when governments and NGOs decide to slaughter emaciated animals so as to give the meat to the poor as food aid,” said Gakuo. “Here is a scenario where drought is already killing animals, and the government and NGOs are also killing more animals. Are we not going to decimate all the animals, which are the lifeline for the pastoralists?” he paused.

If the same animals that are killed by governments and NGOs were to be fattened through an intensive feeding programme, they would fetch more income for the pastoralists and provide high quality meat for the market according to Gakuo.

The entrepreneur uses oil cakes from sunflower, cotton and barley to make the animal feed rations. “If the government invested in fattening programmes, then people from non-arid regions can take the advantage and start growing raw material crops such as sunflowers and cotton as an alternative source of income,” he said.

Livestock insurance was also found to be another relevant tool that can help pastoralists adapt to climate change.

According to a 2012 policy brief by the Comprehensive Africa Agriculture Development Programme (CAADP), a livestock revolution is taking place around the Horn of Africa – with $1 billion trade in livestock and livestock products, plus associated economic activities – transport, marketing, financing and processing.

In Kenya, the livestock sub-sector contributes 14 percent to the Gross Domestic Product.

In collaboration with the International Livestock Research Institute (ILRI), TIA formed an innovative policy to cushion pastoralists and is now operational in eight counties in Kenya.

ILRI’s Index-Based Livestock Insurance (IBLI) project has been in partnership with TIA since 2013, when they introduced, for the first time in Africa, an Index-Based Livestock Takaful (IBLT) policy, which combines an Islamic-compliant financial instrument with innovative use of satellite imagery to determine forage availability.

“It is a perfect product whose payments are done through M-pesa, and the product is available in designated retail shops in the villages,” said Bashir.

Dr. Assane Beye, a research scientist from Senegal, said that such a policy is a good innovation that should be introduced in West Africa.

Dr Mary Mbole-Kariuki from the African Union – Interafrican Bureau for Animal Resources (AU-IBAR) pointed out that Africa’s future is in the indigenous breeds.

“AU is in the process of setting up five gene banks for indigenous breed, from where governments and scientists can collect semen to ensure that our indigenous breeds remain afloat,” she said.

The delegates further talked about the importance of controlling pests and diseases, the need for pastoralists to work in organised groups, the different ways of rangeland degeneration and the need for governments to put research findings into action through policy implementation among other issues.

The Nairobi Dialogue was building on the first Regional Dialogue meeting held at the PCGC conference that discussed “Pastoralism in current global changes: stakes challenges and prospects” held from November 20 to 24, 2017 in Dakar, Senegal.

Like Loading...
2018-04-15
admin
Previous: NDDC to generate 7,000 megawatts of electricity for Niger Delta region
Next: Why we’re against any form of privatisation – Baba Aye