Francis glanced at the man who had spoken, agreeing with him as a chorus of voices joined in.

“Ah ahn, you no know before?” A woman spoke this time. “All those billion billion wey dem dey call for news, everybody know say them go don divide am share am amongst themselves.”

“Dis one na country?” Another man scoffed. “I know say nothing tangible go come out of this thing, I just come here make I collect the small thing wey dem go give take complement the foodstuff wey I get for house.”

The people around him laughed. “Ah ahn, carton too big now. Just dey expect four packs of indomie and one rubber of rice.” A particularly bitter man said.

“Make dem bring am, we go take.” Another woman said, shaking her head. “You no know how many people dey depend on this palliative. Many people no even fit stock up for this period as everything for market don go up. Many no just get.”

People were hungry – starving – and Francis knew very well that whatever will be given would not be enough.

He already understood that fact even as he sweated and hoped and waited. He knew that whatever he would leave with will not be nearly enough.

The truth was that, everyone who waited with him knew, in their bones, that whatever the government deemed fit to give them there , in the name of palliatives, were nothing more than crumbs from their table; the insulting remains of a mere quarter of what they could easily provide.

But what could he do? What could any of them do? After all, it was a man well fed who could think straight. Maybe that was why…that was why they – the powers that be – kept them in perpetual hunger; that state just shy of true suffering. And they kept raising the bar day after day after day.

Francis held in his cough and shifted on his feet, his leg muscles begging for respite after standing for over forty minutes He couldn’t relieve the ache. He couldn’t move from his spot, else, he would lose his chance. He took one backward glance and see how the line winded all the way from the front of the Local Government Secretariat, out of the compound and down into the street outside. He would be a fool to even think of leaving his spot in the line now—not when everyone was looking out for his/her own interest, and leaving his spot for even a few seconds would allow the man behind him take his place and not let him back in.

It was morbidly funny how, in situations like these, everyone forgot what it meant to be their ‘brother’s keeper’. Here, no one knew the other and everyone fought tooth and nail for his own interests. Francis was aware of his own hypocrisy; for his own interests. He would bite off the very hands of the same person to feed him. It wasn’t his fault; the country was a dog fight, and you had to give up something if you wanted to survive inside it.

This was the absolute truth: everyone in this country was hungry. Hungry for money. For power. For influence. For food. He was certain that ninety eight percent of Nigerians knew the trauma of going to sleep without food in their stomachs. And waking up to another day with the feeble hope of half a meal for the entire day.

Francis scoffed under his breath. Of course, they knew. They just didn’t care. They didn’t care as long as money even their great grandchildren would never be able to exhaust entered their foreign bank accounts and stayed there. They didn’t care how the same citizens, who voted them into power, fared during these trying and terrifying times. The public not only had to contend with the fear of inevitable hunger in the coming weeks, they also had the growing fear of the virus sweeping the country, starting from the very top.

Francis found a small measure of satisfaction – and he knew most other Nigerians did – in the fact that the corona virus was spreading amongst the money hoarders we call our government. Most people even now called it ‘Government Virus’, certain that it was God visiting judgment upon them for their iniquities.

Francis believed that it was their excesses that made them susceptible to the sweeping pandemic, and he wasn’t going to pretend that he was even a little bit sympathetic towards any and all who caught the virus in the government.

He thought it was what they deserved for their neglect and corrupt ways towards their own citizens. Citizens who died daily from hunger and malnutrition.

Mothers had to sit helplessly and watch their children waste away from the lack of good food, or even a grain of food at all while some others grew fat from all the laundered money and stolen funds meant to feed millions.

Francis snapped his head up and he saw the government officials coming out of the secretariat with workers behind them lugging out wheelbarrows with cartons of noodles, and some twelve bags of rice.

“E no dey pass indomie and rice.” The man who’d first spoken said. “As if government no give them money make dem provide o. Dem get the money, but dem no wan just share am for the people.”

“How six packs of indomie and one rubber of rice wan do anything? These people no get conscience.” Another woman complained, shaking her head as she did.

Francis sighed as he eyed the underwhelming number of bags of rice in front of them, as well as the cartons of noodles, and he knew that these so-called palliatives weren’t going to get to even half of all of them waiting. It was in that same moment that he realized that whatever kinship they’d all managed to garner while waiting was nothing now.

They were all strangers, and they had to fight for their own stomachs. The idea that had been funny not more than ten minutes ago, was now a grim reality, and it was this: there was no such thing as a ‘brother’s keeper’. He could not afford to care about anyone there but himself. He had to make sure that he got something from all this waiting and hoping. And he didn’t care if he was going to have to scratch out the eyes of the man in front of him to get it.

The truth was that everyone there knew that they were coming to war, and only the most ruthless would emerge victor. So, Francis straightened up slowly and readied his claws.

“Everybody, make una listen o!” The government official standing above the lifted porch of the Secretariat building shouted. “Make una no push o. No fight! Everybody dey orderly, the food go reach your hand!”

But if there was one only thing Nigerians knew their government were capable of doing: it was lying. This wasn’t a reunion. No, this was war.

A war for their stomachs. And although Francis knew that whatever he would leave with would not be nearly enough, he knew that, ‘not nearly enough’ was a whole lot better than ‘empty handed’.

Etisioro is a lawyer, novelist and prose poet with a love for literature and food

“Stomach Politics” is extracted from “A Walk in a Curfew and other Pandemic Tales”, a 2020 publication of HOMEF 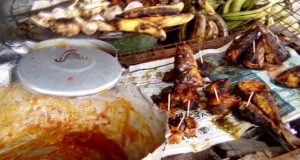 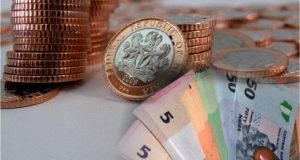 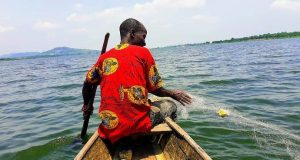 The Fishers’ Pain, by Kome Odhomor 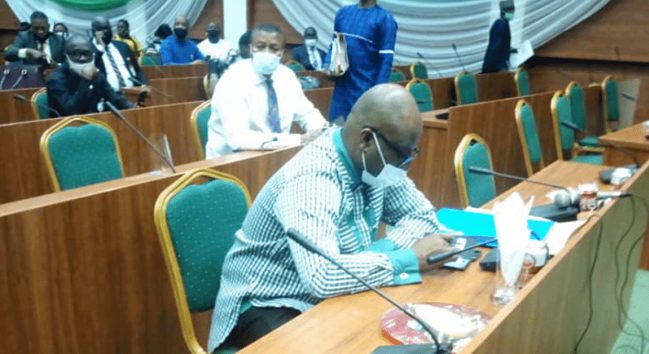 On Our Behalf, by Onome Olive Etisioro

“You hear wetin don burst again for the area?” Fegor was used to hearing about ...