July 27, 2021 Comments Off on Stilt roots and power: Tale of mangroves degradation 149 Views

Nnimmo Bassey, Director, Health of Mother Earth Foundation (HOMEF), in his welcome at the organisation’s School of Ecology on Shifting the Power Lines on Tuesday, July 27, 2021, explores the threats faced globally by the mangrove forest, saying that the development puts the livelihoods of coastal and indigenous peoples at risk

The vital place of the narrative strategy is in awakening memories and building consciousness for action. Over the past months we have experienced an evolving of our understanding of critical storytelling. We have seen the overturning of previously held notions and seen a surge for inclusive actions to provoke change. Initially we sought to tease out folktales and songs from centuries ago but while these exude a sense of nostalgia, the epistemic value of lived stories of struggles, defeats, and victories, of pollutions, degradations, deprivations, and resilience are more prevalent in our communities.

These stories, poems and songs underscore our grasping of the bases of the resolute push for a shift in power modes, as well as a systemic power shift that are rising in our communities. While the stories cover broad power equations, they are all spurn and woven around the standing, suffocating or missing stilt roots of mangroves.

The Niger Delta houses the fourth largest mangrove forest in the world. The livelihoods of coastal and indigenous peoples are inseparably coupled with mangroves which erode due to mangrove loss or degradation. Research shows that the Niger Delta mangrove ecosystem is the breeding ground of more than 60% of commercial fisheries in the Gulf of Guinea. Thus, degraded mangrove or losses in the Niger Delta affects fish production and the fisheries value-chain in the Gulf of Guinea. After over six decades of unmitigated oil and industrial pollution, Niger Delta mangroves are amongst the most degraded mangrove ecosystems globally, with a recent review of crude oil impact on mangrove showing that 37% of the global impact has occurred in the Niger Delta[1].

Mangrove forests serve as coastal protection from storm surges and tidal waves. They are very valuable for climate change mitigation both by providing resilience to sea level rise, coastal erosion, and as very efficient carbon sinks. Sadly, an estimated 340,000 to 980,000 hectares of mangrove forests are lost or degraded annually due to activities of humans and corporations. Such destructive actions include crude oil and plastic pollution, unregulated harvesting, urbanization, so-called land reclamation, dredging activities and the spread of the invasive nipa palm.

In the course of investigating the place of mangroves in the power equations in some communities, activists from CEHRD and HOMEF recently reached the conclusion that mangroves must be protected and that a key way to do this is through the use of indigenous knowledge and the revival of customs of community conservation of mangrove forests. While a mangrove forest is being preserved on the coast of Kono in Ogoni, there is a heavy threat by the fast-spreading Nipa Palm. These invasive palms were introduced into the Niger Delta by a colonial officer in 1906 in the belief that the Nipa Palms were more aesthetically pleasing than mangroves and were useful for beautification and beach erosion control.

ALSO READ:  It was a Year! by Mfoniso Antia

At Bundu, a densely populated neighbourhood in Port Harcourt, there is urgent need to clean the mangrove ecosystem of the massive oil spills and plastics and to prevent further despoliation of the creek. Fishers in Bundu community recall that they used to have customary norms for protecting mangrove forests in certain parts of the territory, with some being used as cemeteries for the young.

Both Kono and Bundu communities have traditional laws that debarred the people from harvesting mangrove woods or fishing in mangrove forests on certain days or periods of time. Except in Kono, this conservation mode has largely become history. Replacing Nipa Palms with mangroves in Kono and cleaning oil coated mangroves from Bundu must be a collaborative effort with the government and the community including local and international organizations.

Mangroves play vital roles in shaping livelihoods and cultures in coastal communities. Their degradation also negatively impacts the cultures and spirituality of the people. Migratory fishers carry tales bound to these ecosystems wherever they go.

The Shifting the Power Lines session of HOMEF’s School of Ecology brings Stilt Roots Stories from three continents – Africa, Latin America and Asia. Member groups of Oilwatch Network in the regions undertook the fishing out of stories connected to mangrove ecosystems. As the stories come, one recalls a visit to a vast area of destroyed mangroves at Mage in the Guanabara Bay area not too far from Rio de Janeiro which the fisher folks euphemistically term the cemetery of mangroves.

During the visit in 2012, we met with members of Homens e Mulheres do Mar Association (AHOMAR) – Association of Men and Women of the Sea in the Guanabara Bay. That name did not include women initially, but after years of gender struggles, the role of the women had to be duly recognised and acknowledged in the name. One fisher pointedly told us about why they struggle to secure their livelihoods from the polluting actions of Petrobras.

“We are resisting because we have no options. We might live or die. Our death may not result from gun shots, but because our livelihoods have been destroyed.” He added: “We are not seeking to be rich; we just want to live our lives in dignity.”

The reports, stories and songs from Africa, Asia and Latin America reveal the interlinkage of struggles and cultures across the continents. We learn also of the great need to recognise the intrinsic value of the gifts of Nature to humanity. We also learn that people power is essential to constructing the right power alternatives by which we can collectively design the future where every person lives in dignity, fully respecting other species, and their right to enjoy the cosy embrace of Mother Earth. Do not only see the trees when you look at mangroves. See the thriving life support systems that cut across species. See the culture of struggle and resilience. See power, power modes and unfolding alternatives. 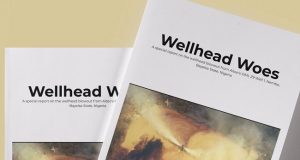 Considering the Federal Government’s approval for the environmental release and open cultivation of genetically modified crops ...