A report released on Monday, January 29, 2018 by the Under2 Coalition showcases how member jurisdictions around the world are developing world-leading policies to accelerate global climate action. The Climate Group acts as secretariat to the Under2Coalition. 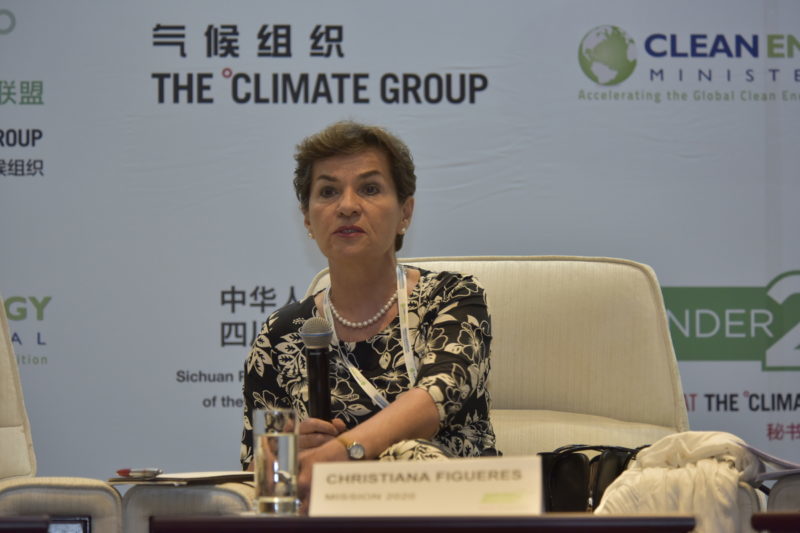 Christiana Figueres, Global Ambassador for the Under2 Coalition

“Under2 Coalition highlights – 2017” summarises the last 12 months of activity from the pioneering Coalition, which now encompasses 205 governments representing more than 1.3 billion people and almost 40% of the global economy, who have committed to reduce greenhouse gas (GHG) emissions by 2050.

The report shows how the voice of state and regional governments is growing ever more powerful through Coalition activities – in particular at the COP23 global climate talks, where Christiana Figueres, former Executive Secretary of the UNFCCC, was appointed Global Ambassador for the Under2 Coalition.

The Under2 Coalition is also helping developing and emerging states and regions share their experiences thanks to the Future Fund, which helps governments speak with a unified voice during international climate gatherings.

However, “we also know that if we are to close the ‘emissions gap’, the level of ambition must step up in the next year,” underlines Tim Ash Vie. This is why this year’s Annual General Meeting will be held alongside the Global Climate Action Summit in California, which takes place on September 12-14 in San Francisco, to showcase the Coalition’s successes and continue to inspire other governments to follow this path.

The Under2 Coalition will also play a pivotal role during Climate Week NYC 2018, which will be held on September 24-30 in New York City. Celebrating its 10th anniversary, this leading global climate platform will be a key milestone to ramp up national climate pledges before 2020, when the Paris Agreement will need to increase its ambition to deliver an under 2°C world.