Nature has the right responses to changing climate and holds the ace to the survival of species on the planet. Humans simply have to be humble enough to accept that we do not understand everything about the intricacies of natural processes. The time has indeed come when the world has to accept that working with nature is immeasurably more beneficial than working against her. Agricultural genetic engineering (GE) over the past few decades has strived to upturn nature and box her for profit, but as it has consistently turned out, nature continues to trump the manipulators.

The power of the biotech industry has been more successful in restraining and constraining governments to do their bidding than in overcoming the power of nature. Their grip on governments has worked to the extent that when they commit crimes like genetic contamination all governments do is to legalise the misdeed so that it may become entrenched and so that the polluter profits from their crimes. And nature pays. And humans and other species pay.

Those who plead caution with regard to the planting and eating of genetically engineered (GE) crops are vilified as anti-science, whereas a close scrutiny shows that it is actually the biotech industries who are anti-science and who pretend that their approximate experimentations are precise in any serious way. Speaking from the position of power, proponents usually discount calls for reason and pleas that we have just one planet and that it is the diversity in nature that is the bedrock of resilience to variable climatic and other conditions.

The Financial Times in an editorial titled Seeds of Doubt and published on 21 July 2013 raises very deep issues. Its subtitle “Europe is right to be cautious over GM crops” captures the essence of the timely warning. The editorial informs that most GE crops are engineered to resist harmful insects or pests and to withstand glysophate, a type of herbicide. These engineering feats are expected to protect crops from target insects and to relief the farmer of the need to weed – a task that places a lot of stress on small-scale farmers. However, the application of the technology requires that farmers adopt monoculture as the norm and avoid mixed cropping and crop rotation as well.

The editorial notes the truth that critical farmers and scientists have long said, that target pests develop ways of overcoming the engineered defences while weeds have simply become super weeds, tough to hold down and tough to kill. Consequent upon these realities the biotech industry has had to continue to produce more toxic defences and chemicals in bids to overcome the resistance. Unfortunately for the industry, it has turned out that “the harder they come, the harder they fall,” as the reggae musicians sing. Those superbugs and super weeds would make even Spider Man jealous.

The FT editorial urges, “Regulators should take a broad view of the ecological change triggered when new species are released.” It adds that “Narrow fixation on the biochemical properties of a crop risks missing the wood for the trees.” The editorial concludes that if Europe has saved her environment and forgone “gains” enjoyed for some time by farmers in the USA since the 1990s “it will have been a small price to pay.”

One wonders why most African governments are not paying attention to the truth that natural resilience is the only way to secure our environment. We cannot afford to go the way of farmers who do not see their crops as food but as commodities to be processed into products for the market. This is the logic of the so-called value-added agricultural production mantra. While there is nothing wrong with value-addition, food crops need to be seen primarily as food crops to avoid needless and harmful tinkering by those who only see market shelves when they look at farms.

Coming on the same day as the FT editorial is another article, this time in the New York Times, that lays bare the tragic consequences of dependence on GE crops in a region of the USA. The article titled Our Coming Food Crisis and written by Gary Paul Nabhan, talks of the risks faced by farmers in a town in California as a metaphor for climate induced food crisis that could hit the USA and by extension impact the world through spiked food prices.

Nabhan draws attention to the higher temperatures being recorded in the area and stresses that when this persists it necessitates the use of more water for irrigation. This does not only place a demand on available surface and ground water, but also leads to higher energy need to pump the water over longer distances. Passing these costs to the consumer translates directly to increased food prices.

The writer went ahead to set out time-tested agro ecological practices that would create a climate smart situation, while at the same time helping to cool the climate, as the peasant movement La via Campesina keeps reminding us.

The steps outlined in the article include reliance on organic composting, rain water harvesting and funding to help farmers transition to perennial agriculture: “initially focussing on edible tree crops and perennial grass pastures – rather than providing more subsidies to biofuel production from annual crops. Perennial crops not only keep 7.5 to 9.4 times more carbon in the soil than annual crops, but their production also reduces the amount of fossil fuels needed to till the soil every year.”

Nabhan goes on to write on the need to secure seed diversity especially of the sort already in seed banks that are known to have drought and heat tolerance. Screening these and making sketched ones available to farmers, according to the writer, would be at a “fraction of what it costs a biotech firm to develop, patent and market a single ‘climate-friendly’ crop.”

Another critical point made in the article is that the government of the USA spends billions in crop insurance payments that could be invested in climate change adaptation. The writer notes that continued pay-outs to farmers rather than implementing a climate policy that would avoid losses means little more than subsidizing farmers for not adapting climate change.

Insurance payment for crops is not common in Africa, but it has been recently introduced in Northern Ghana where farmers risk losses due to hotter than usual seasons. It has been reported that the introduction of the payouts has given farmers more confidence in their vocation and encouraged them to increase the acreage of their farms. While this is laudable the fact still remains that creating the right policy environment for farmers to cultivate indigenous climate adapted crops is more sustainable than payouts.

The point of this article is that there is no reason to allow genetically engineered crops into farms that have not been already contaminated. This point is vital for African countries that must not allow themselves to be stampeded to toe paths that lead to questionable destinations. Genetically engineered crops are not as climate smart as native crops that have adapted to these conditions over the years.

Even the claims that Africans have nutritional deficits do not, in any way, have to translate to GE crops as solution to the problem. The enrichment of crops with higher levels of vitamins has been done through plant breeding processes of bio-fortification that is not genetic engineering. On all counts, including that of yield, the notions used to cajole political leaders to accept genetically modified crops succeed because of peculiar modification of perceptions on the basis of myths and mirages. Europe is right in rejecting GMOs. Africa cannot afford to repeat the mistakes made by those who already walked into the GMO cul-de-sac. We must not be in the business of turning our environment and peoples to laboratories and guinea pigs. 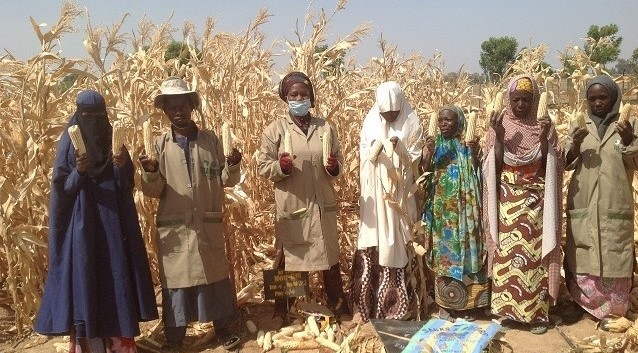