Stakeholders call for behavioural change towards use of public toilets

July 6, 2018 Comments Off on Stakeholders call for behavioural change towards use of public toilets 1,326 Views

Stakeholders in the environment sector have called for a positive behavioural change towards the use of public toilets across the country to boost community hygiene. 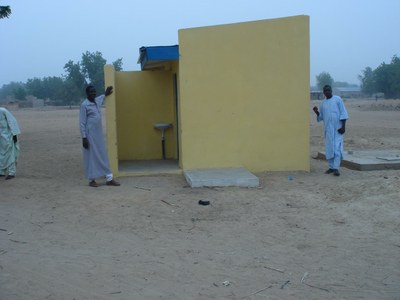 The stakeholders made the call in different interviews with journalists on Friday, July 6, 2018 at an awareness campaign organised for school pupils in Abuja.

The event, which was organised by Toilet Kulture Initiative, a non-governmental organisation, has “Promote Change in Attitude towards Public Toilets in Nigeria’’ as its theme.

Mrs Else Ozika, one of the organisers of the campaign, underscored the need to improve the state of public toilets across the country.

She said that the campaign was particularly aimed at changing the attitude of Nigerians toward the use of public toilets and drawing the attention of the authorities to the bad state of most public toilets.

Ozika stressed that public toilet users should always be mindful of the fact other people were coming to use the toilets after them.

She urged toilet users, owners of public buildings as well as cleaners to always ensure that toilets were kept clean and functional always.

She expressed the willingness of her organisation to work with other stakeholders to ensure that public toilets were kept clean and hygienic.

Also speaking, Mrs Ezinne Nwanyoma, a public health specialist, said that a lot of diseases in the society could be prevented with the people’s behavioural change towards the use public toilets.

She said that dirty toilets had a lot of environmental and health implications, adding dirty toilets were filthy sights and could aid the spread of viral and bacterial diseases.

Nwanyoma blamed the poor and unhygienic state of public toilets on the unwholesome habits of some users and the lack of steady water supply in some neighbourhoods.

She stressed the need to put toilet facilities in place across the country, while ensuring that competent persons were engaged to properly manage the toilets.

She said that everyone had a role to play in the proposed public toilet system to enable Nigeria to achieve the Sustainable Development Goals (SDGs), particularly those aimed at ending open defecation by 2030.

Nwanyoma said that Nigeria currently ranked third among the countries with the highest level of open defecation in the whole world.

She called for the initiation policies and campaigns that would promote good manners in public places and in the society at large.

In his views, Mr Nadu Karimu, a parent of one the pupils, said that the deplorable state of public toilets across the country “shows that we are far behind as a country.”

He stressed the need for the people to imbibe a new culture that treated toilets as inalienable part of their residences.

“We need to redefine our culture, not just with regard to public toilets but also in relation to private toilets,” he said.

Another stakeholder, Mr Sam Obafemi, underscored the need for everyone to be involved in the campaign for clean toilets.

He urged Nigerians to promote the cleanliness of their toilets and extend the habits to others in their neighbourhoods.

He said that although most public toilets were not in good condition, a positive change could be achieved if all Nigerians became staunch advocates for clean toilets and environments.

A pupil, Joshua Jitobo, said: “I have learnt how to promote good hygiene, especially in the toilet, so that I can grow to become a good Nigerian in the future.’’

Aisha Idris, another pupil, said: “I have learnt how to keep the toilet clean to prevent infections and how to take responsibility in the cleaning of toilets.

“When I grow up and if I can afford it, I will build public toilets for my village and teach the villagers how to keep the toilets clean,” she said.