The World Health Organisation (WHO) in collaboration with the UN Climate Change (UNFCCC) secretariat and in partnership with the Fijian Presidency of the 23rd Session of the Conference of the Parties (COP23) to the UNFCCC on Sunday, November 12, 2017 at COP23 in Bonn, Germany launched a special initiative to protect people living in Small Island Developing States (SIDS) from the heath impacts of climate change. 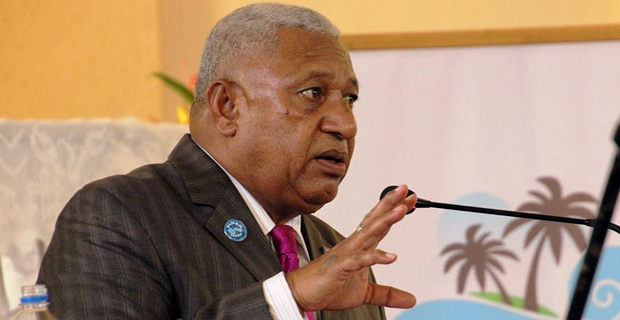 The vision is that, by 2030, all Small Island Developing States will have health systems that are resilient to climate change and countries around the world will be reducing their carbon emissions both to protect the most vulnerable from climate risks and deliver large health benefits in carbon-emitting countries.

The initiative has four main goals.

First, to amplify the voices of health leaders in SIDS, so they have more impact at home and internationally.

Second, to gather the evidence to support the business case for investment in climate change and health.

Fourth, to triple the levels of international financial support to climate and health in small island developing states.

“People living in Small Island Developing States are on the frontline of extreme weather events, rising sea levels and increased risk of infectious disease,” said Dr Tedros Adhanom Ghebreyesus, Director-General of WHO. “We owe it to these people to do everything we can to help them prepare for the future that is already washing up on their shores.”

“We in Fiji know all too well that climate change poses a serious threat to the health of our people. I’m delighted that we are launching this initiative – in partnership with the WHO and UNFCCC – to better equip small island states like ours with the knowledge, resources and technology to increase the resilience of their health systems, as part of larger efforts to adapt to climate change,” said Fijian Prime Minister and COP23 President, Frank Bainimarama.

“Small islands are in the frontline from extreme weather events that can contaminate drinking water to health-hazardous heatwaves and the spread of infectious diseases. This initiative can strengthen the response of small islands to the rising risks as the world works to ensure that together we keep a global temperature rise well below 2 degrees C and better, no higher than 1.5 degrees.”

Small Island Developing States have long been recognised as especially vulnerable to the adverse effects of climate change. Their situation is highlighted in the UNFCCC, by Ministers of Health at the 2008 World Health Assembly, and in the 2015 Paris Agreement.

They have also pioneered innovative approaches to improve the resilience of their health systems to climate change. As well as emitting a small proportion of the greenhouse gases that are driving climate change, many are further reducing their already low carbon emissions.

“Small Island Developing States are ready to take leadership towards green, resilient and health-promoting national development – but the support of the international community is essential,” said Dr Joy St John, recently appointed Assistant Director-General for Climate and Other Determinants of Health at WHO.

“Less than 1.5% of international finance for climate change adaptation is allocated to projects which ensure that the health of all people is preserved, and only a fraction of this supports small island developing states. The recent severe weather events in the Caribbean demonstrate that targeted interventions are important. We need to do much more and we need to act very quickly.”

Country ownership is a central principle of this initiative. Ministers of health from some of the most affected countries have already started to provide input through consultation with WHO’s Director-General and at WHO Regional Committee meetings, and this process will continue.

Since 2015, WHO has been working with the UNFCCC secretariat to develop detailed country profiles to assess risks, and provide tailored advice on how these countries can adapt to, and mitigate, the health effects of climate change.  More than 45 country profiles have already been completed and, as part of this initiative, WHO commits to publishing a country profile for all small island developing states by the end of 2018.

Many national health actors, development and United Nations agencies are already making important contributions to protect health in small island developing states. WHO’s initiative aims to bring together existing and new efforts and scale them up so they achieve maximum impact.

“The vision is that, by 2030, all health systems in small island developing states will be able to withstand climate variability and change,” adds Dr St John. “And, of course, that countries around the world will have substantially reduced carbon emissions.”