Mayardit FM in South Sudan runs entirely on solar power. Some of the engineers from the station recently traveled to the UK to share their skills and knowledge with the wider radio community, at Radio TechCon. Ann Charles of Internews reports about the station and the experience of the engineers at the conference

“Solar has worked very well in Turalei,” said Issa Kassimu, The Radio Community’s electrical engineer, “and with the right design, it can work here, too!” 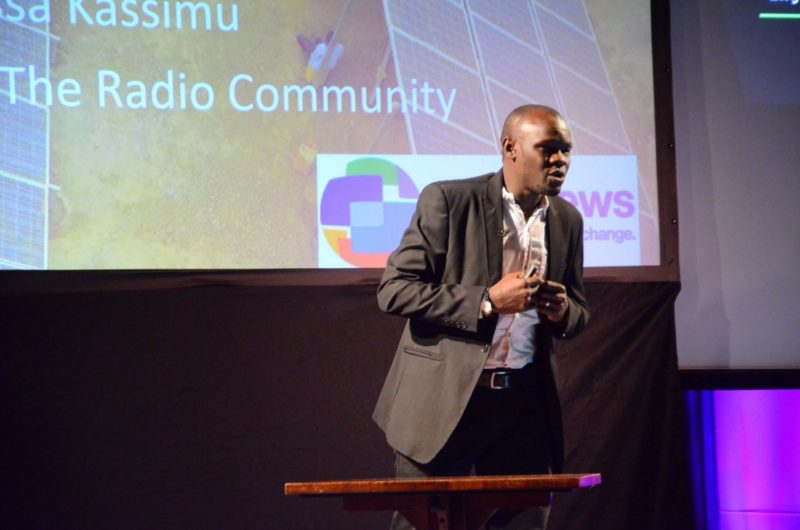 As of March 2016, the station has been running exclusively on sunshine, with broadcast hours extended from eight to 16 hours a day. So far, it has had no downtime. 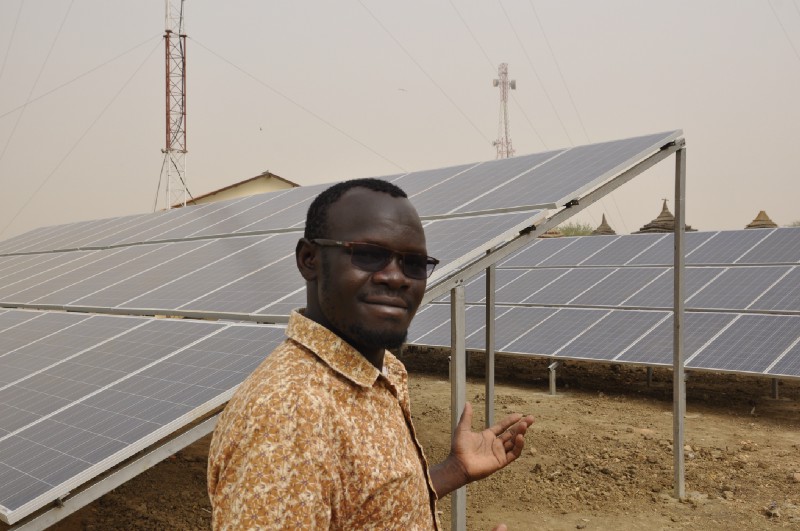 There is little grid electricity in South Sudan, which means that stations have to rely on expensive generator power. As is typical for stations in the country, Mayardit FM had long faced challenges related to high fuel costs, unpredictable fuel availability, and intensive maintenance. Sometimes the station would be off-air for several days.

Issa’s project created the first 100% solar-powered station in The Radio Community, a network of community radio stations across South Sudan supported by Internews and funded by USAID.

“The annual running costs are significantly cheaper,” Issa explained to the audience. “When there was fighting elsewhere in the country, we were able to stay on the air, as we didn’t have an interruption in the fuel supply.”

As South Sudan is near to the Equator, it seems an obvious location for an experiment in solar power.

However, Issa was keen to explain that solar can be used anywhere in the world  – so long as stations plan the right design.

“Even in a country like the UK where it rains a lot of the time, it is still possible,” he informed the audience.

“You need to calculate every piece of equipment which might be used, and include some headroom. Don’t forget the necessary things like a kettle  – you will still need to drink tea, as it is cold here!” he joked.

“You can also opt for a hybrid system, where you use half solar and half grid or generator power,” said Issa. “Solar is for everyone!”

It is not the first time that The Radio Community has been represented at TechCon. Last year, Senior Broadcast Engineer Steven Lemmy and Eye Radio Studio Manager James Kwaje spoke at the conference about the difficulties faced by broadcast engineers in the world’s newest nation.

Once again, the contribution from South Sudan was considered a conference highlight. One delegate remarked, “I remember seeing the talk last year about how hard it is to stay on air with the heat, fighting and problems with electricity supply. It’s wonderful to see that the creative engineers have returned with a way to solve the energy problem.”

As well as giving a presentation, Issa and Steven were able to hear talks on the future of radio from British academics and broadcasters, including the BBC. They also visited the BBC World Service, and conducted factory acceptance testing on the new playout system for The Radio Community.

Internews released an in-depth report on the solar-powered transmission, co-authored by Issa. As well as the background to the project, it includes technical specifications, costings, and a section on user-centered design. There is also a detailed “how-to” manual, which can be used by anyone interested in designing a solar system and weighing its feasibility for their own radio station.