Some states in the South-South geopolitical zone of Nigeria have evolved lofty measures to ensure proper waste management and environmental sanitation despite challenges.

However, lack of affordable and accessible plans and collection system, as well as poor funding, has made effective waste disposal, management, and control still a mirage in the zone.

According to a survey, absence of comprehensive plan on waste handling in some states were observed to be inimical to waste management.

Mr Sunday Oko, the General Manager, Cross River State Waste Management Agency, disclosed that designated sites for dumping of waste could be found in Calabar and some urban centres.

Oko says the government has been providing bins at designated places for residents to dump their waste before they are evacuated by compactors to the dump sites.

He says that one of the major challenges in the evacuation of waste, especially around markets in Calabar, is inability of compactors to access waste easily because some residents erect shops close to the waste bins.

“Markets produce the largest waste in Calabar. In Calabar, there is no special day for sanitation; this is because the agency is up and doing in evacuating waste every day,’’ Oko said.

Also, the state Commissioner for Environment, Mr Mfon Bassey, said that plans are on to establish a structure for waste recycling in the state.

Mfon said that the Minister of Environment, Dr Mohammed Abubakar, had visited the government dump site with a view to assist the state to have a recycling structure.

According to him, the Ministry has applied to the state judiciary to designate a special court that will try offenders of environmental regulations.

“In 2020, we arrested four suspects in Calabar for tampering with the green areas. We have also established the environmental taskforce to ensure that we have sanity in our environment,’’ Mfon said.

Similarly, the Akwa Ibom Government has signed an agreement with three private companies to recycle waste generated in the state to energy and fertiliser.

Ikim said the government through AKSEPWMA had also partnered with local communities in waste evacuation to ensure proper waste management and control in the state.

“For a high and sustainable level of compliance to the streamlined measures of waste disposal on the part of residents, the Sanitation Court was established, and enforcement team set up to apprehend defaulters.

“This approach was efficacious as residents’ compliance level heightened to the expected end. And the state became the cleanest in the country.

“To avert indiscriminate dumping and uphold orderliness in waste disposal on the part of residents, the agency streamlines waste disposal periods from 6.00pm to 6.00am,” Ikim said.

He said that through Public Private Partnership, the agency procured fleets of compactors and magnetic road sweepers to make easy the job of waste management.

Prof. Gabriel Umoh of the University of Uyo calls for adequate town planning on settlements and house construction as prerequisite for effective waste management in Nigeria.

Umoh, who is the Director, Centre for Wetland and Waste Management Studies of the university, says that “waste management should not be a hit and run affair by governments or persons’’.

According to him, managing waste requires sustainable town planning to determine the types and quantity of waste to be generated by residents before thinking of management.

Umoh asserts that what is practised in some states of the Federation is not waste management but lifting of waste from one place to another.

He also affirms that burning of refuse is not managing waste, rather it causes more harm to human health through the fumes and gas generated from the waste.

In a similar vein, the Edo Government says it has created an effective way for proper waste disposal and management across the state.

Mr Lucky Wasa, Permanent Secretary, Ministry of Environment and Sustainability, says there are three functional dump sites in Benin in addition to privately owned facilities in the state, to ensure proper management of waste.

Wasa says that waste collection from residents has been contracted to waste managers while a lot of public enlightenment programmes have been carried out against indiscriminate waste disposal.

He said that the government had received several proposals on the issue of “Waste to Wealth’’.

In Delta, the government has identified financing as a major challenge facing its private sector-driven waste disposal management.

The Executive Chairman of the state waste management board, Mr. Emmanuel Chinye, who disclosed this in Asaba, the state capital, said government engaged private waste managers through a Private Sector Participation (PSP) initiative.

Chinye says inadequate financing has over the years hampered the job of waste managers who are tasked with collecting waste from residents at a monthly token and disposing them at designated dump sites.

He says Delta has no fewer than 226 waste managers, who are responsible for collecting waste for proper disposal.

“In Asaba for instance, we have 52 zones. Waste managers are assigned each to a zone.

“But most of them have not been carrying out their task effectively due to poor conditions of trucks used for waste disposal.

“Because of this challenge, we recently initiated a business deal with Sterling Bank to bring in finance in form of loan for the waste managers.

“The waste managers will be the beneficiaries while the state government will act as guarantor.

“Because we operate by the law, anybody arrested is taken to court and if found guilty, the individual pays a fine of N25,000, while the fine for corporate organisation is N200,000,’’ Chinye said.

One of the private waste managers, Mr. Lucky Chidi, corroborated the position of government on the challenges of finance.

Chidi, the Director of City Waste Cleaners, said that the waste managers were hoping that the state government’s intervention in bringing Sterling Bank to assist them would happen soonest.

“We need finance. The job of waste disposal management is capital intensive. If the deal comes to fruition, we will be able to serve the people better.

“Also, another major setback is that majority of the residents don’t pay their monthly N1,000 waste bill regularly. Many people owe one to two years of unpaid bill and this is not encouraging at all,’’ he said.

Akporowho attributed the development to what he alleged to be the inability of the government to provide the enabling environment and infrastructure drive compliance.

The secretary, who is also the Chairman, Association of Professional Bodies of Nigeria (APBN), Delta State chapter, alleged that corruption had impeded the ability of the state government to deliver on its waste management.

Egbe urged residents of Asaba to key into the practise of PSPs in refuse collection and disposal.

According to Bassey, improper waste management and disposal have created a harmful environment that impacted negatively on the health of millions of Nigerians.

Bassey is a Benin-based activist, who is the Chairman, Board of the Environmental Rights Action/Friends of the Earth Nigeria (ERA/FoEN).

He alleges that the Nigeria government has also failed to maximise the potentiality of waste management.

According to Bassey, investment in waste management, although expensive, will create a better and friendlier environment as well as curb part of the challenges of unemployment.

For Mr Benson Abu, a waste management expert in Rivers, “until the ‘pollutant pay principle’ is applied in waste management, government spending in the sub-sector will continue to increase’’.

Abu who is the Managing Director, CAPS Integrated Services Limited, a waste management company, said in Port Harcourt that waste management is a capital intensive project that should not be left for government alone.

According to him, the government should only serve as a regulatory body while the private sector renders paid waste management services to the citizens and remits taxes to the government.

Uko said that, apart from the government approved monthly environmental sanitation days which fall on every last Saturday of the month, Thursdays have also been set aside for shops and the open markets to clean their premises. 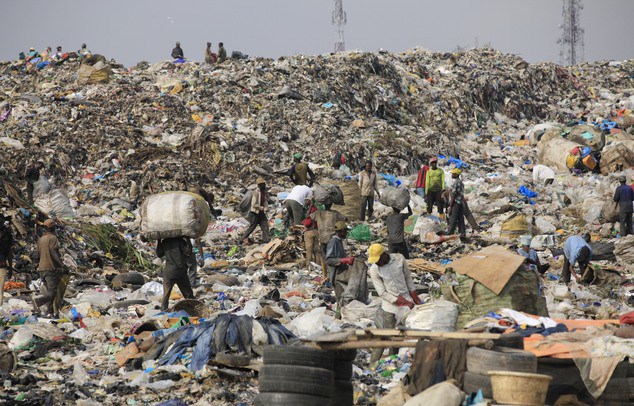