Eastern Cape police in South Africa are investigating a case of murder following the assassination of a Wild Coast anti-mining committee leader at his home. 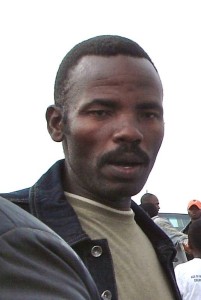 Sikhosiphi “Bazooka” Rhadebe, chairman of the Amadiba Crisis Committee, was shot eight times in the head in Lurholweni on Tuesday night.  The committee has been fighting against titanium mining in the area.

“It’s alleged that two men pretending to be police went into Rhadebe’s house and shot him in front of his family. No arrests have been made. Police are gathering information. We are appealing to members of public with any kind of information linked to this case to contact the nearest police,” said Matidane.

Rhadebe’s wife and child were not injured but have been admitted to hospital for shock.

Amadiba Crisis Committee confirmed the incident, adding that it would not be intimidated into submission. It also acknowledged the receipt of over 82 civil society organisation endorsements for the statement condemning the assassination.

“Our beloved Bazooka made the ultimate sacrifice defending our ancestral land of Amadiba on the Wild Coast. After one year of threats and attacks, we have been waiting for something like this to happen.

“The local police refused to cooperate with the Umgungundlovu traditional authority of the coastal Amadiba area to stop the violence against our community, which says no to mining,” read the statement issued on Wednesday.

The statement reads: “We are shocked and outraged to learn of the brutal murder of the chairperson of Amadiba Crisis Committee, Sikhosiphi Bazooka Rhadebe. As chair of the ACC, Bazooka Rhadebe was helping lead the struggle of Amadiba residents on the Wild Coast in opposing open-cast titanium mining by the Australian mining company MRC.

“The hitmen came in a white Polo with a rotating blue lamp on the roof. Two men knocked at the door saying they were the police. Mr Rhadebe was shot with eight bullets in the head. This is not the first case of intimidation or violence against those who have opposed mining in the area. Our hearts go out to Bazooka’s family and community.

“The assassination of Bazooka is a painful reminder that from abaHlali baseMjondolo to the Helen Suzman Foundation, there is an existing pattern of criminal attacks on civil society formations, especially those in townships, informal settlements and rural areas. For years, poor people’s movements in different parts of the country have experienced regular harassment, intimidation, detention and violence against their members. It is worst felt when the media are far away and the victims are poor, black or rural, and when major industries stand to make billions in profit.

ALSO READ:  COP23: What is at stake for Africa?

“We cannot afford to remain silent in the face of any of these attacks. Every one of them is an attack on democracy itself. We call for the speedy arrest and successful prosecution of the killers of comrade Bazooka. We further call on the Human Rights Commission to investigate the systematic process of intimidation that has been orchestrated against those who have stood up against MRC and its lackeys in the area.

“We demand that the Minister of Mineral Resources suspends all mining applications until there has been a full and independent investigation of Rhadebe’s murder! We demand protection for all members of the Amadiba Crisis Committee and their families! We call on all progressive forces to stand up in defence of democracy.  End the attacks on our activists and movements!” 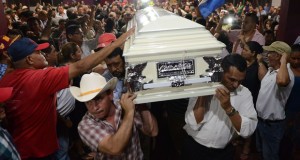 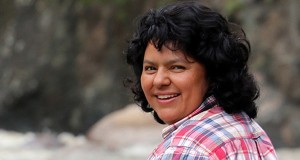