Solar Impulse, a zero-fuel aircraft powered entirely by the sun, made history last Thursday morning by completing its crossing of the Atlantic Ocean. It had taken off days earlier from New York to cross the Atlantic on a trip around the world. 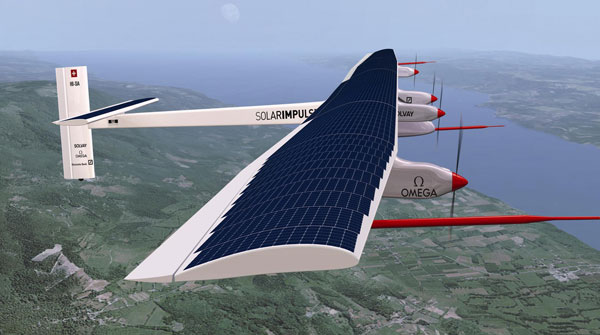 The Solar Impulse in flight

The pilot, Bertrand Piccard, was able to reach Seville in Spain in about four days. Solar Impulse, the experimental, sponsor-funded airplane, is said to be wide as a Boeing 747 but only as heavy as an SUV.

Alluding to Solar Impulse and the potential of solar energy to replace the bulk of polluting fossil fuels world-wide, UNFCCC Executive Secretary, Christiana Figueres, said: “Solar Impulse is breaking through self-imposed barriers of possibility. We did not think before that it would be possible to traverse long distances with zero emissions in any flying vehicle. The fact that the two pilots have proven that this is possible, the fact that they are up in the air again and finishing the around the world flight they initiated proves that impossible is not a fact, it is an attitude.”

With the recent Atlantic crossing, observers say the Solar Impulse team are popularising renewable energy technology and energy efficiency. Borschberg disclosed in a tweet: “Making the #impossible possible is a question of mindset: seeing obstacles as opportunities, welcoming #change.”

Solar Impulse gets its energy from 17,000 photovoltaic cells that cover the top surfaces of the craft. These cells power propellers during the day, but also charge batteries that the vehicle’s motors can then use during the night.

Bertrand Piccard and his team tried to circumnavigate the world last year, but the vehicle’s batteries overheated during the trip, forcing the project to layover on the Pacific archipelago while repairs were conducted.

The plane is now expected to return back to Abu Dhabi, its point of departure.