Shippers to cut sulphur emissions by 2020

In a landmark decision for both the environment and human health, 1 January 2020 has been set as the implementation date for a significant reduction in the sulphur content of the fuel oil used by ships. 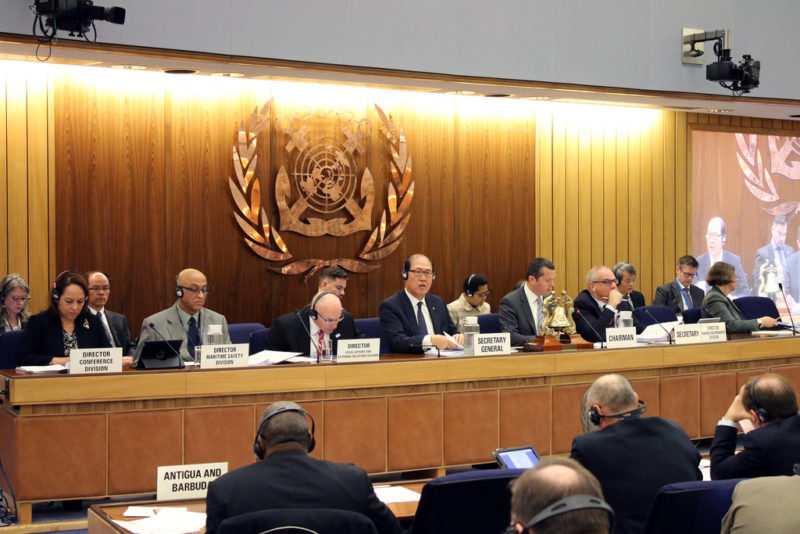 The IMO, during the 70th session of its Marine Environment Protection Committee (MEPC) meeting in London, agreed to implement a global sulphur cap of 0.50% m/m (mass/mass) in 2020.

The decision to implement a global sulphur cap of 0.50% m/m (mass/mass) in 2020 was taken by the International Maritime Organisation (IMO), the regulatory authority for international shipping, during its Marine Environment Protection Committee (MEPC), meeting for its 70th session in London.

It represents a significant cut from the 3.5% m/m global limit currently in place and demonstrates a clear commitment by IMO to ensuring shipping meets its environmental obligations.

IMO Secretary-General Kitack Lim welcomed the decision which he said reflected the organisation’s determination to ensure that international shipping remains the most environmentally sound mode of transport.

“The reductions in sulphur oxide emissions resulting from the lower global sulphur cap are expected to have a significant beneficial impact on the environment and on human health, particularly that of people living in port cities and coastal communities, beyond the existing emission control areas,” Mr. Lim said.

Further work to ensure effective implementation of the 2020 global sulphur cap will continue in the Sub-Committee on Pollution Prevention and Response (PPR).

Regulations governing sulphur oxide emissions from ships are included in Annex VI to the International Convention for the prevention of Pollution from ships (MARPOL Convention). Annex VI sets progressive stricter regulations in order to control emissions from ships, including sulphur oxides (SOx) and nitrous oxides (NOx) – which present major risks to both the environment and human health.

Under the new global cap, ships will have to use fuel oil on board with a sulphur content of no more than 0.50% m/m, against the current limit of 3.50%, which has been in effect since 1 January 2012. The interpretation of “fuel oil used on board” includes use in main and auxiliary engines and boilers. Exemptions are provided for situations involving the safety of the ship or saving life at sea, or if a ship or its equipment is damaged.

Ships can meet the requirement by using low-sulphur compliant fuel oil. An increasing number of ships are also using gas as a fuel as when ignited it leads to negligible sulphur oxide emissions. This has been recognised in the development by IMO of the International Code for Ships using Gases and other Low Flashpoint Fuels (the IGF Code), which was adopted in 2015. Another alternative fuel is methanol which is being used on some short sea services.

Ships may also meet the SOx emission requirements by using approved equivalent methods, such as exhaust gas cleaning systems or “scrubbers”, which “clean” the emissions before they are released into the atmosphere. In this case, the equivalent arrangement must be approved by the ship’s Administration (the flag State).