Eleven different African institutions have come together through a consortium to build capacities of indigenous scientists who are researching on common diseases, especially those that are transmitted from livestock to human and vice versa through a concept known as “One Health”. 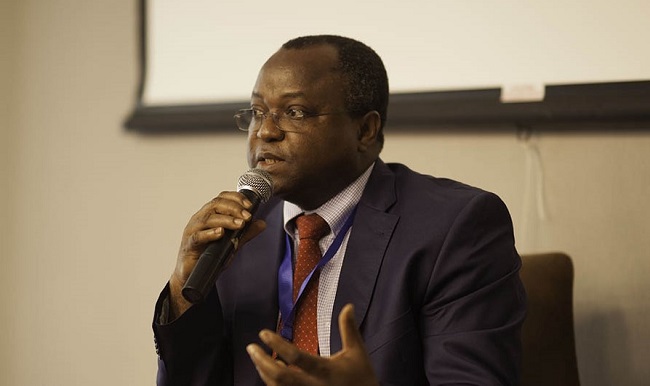 “Many times, we treat tuberculosis in humans, but it doesn’t work because it is originating from livestock animals,” said Dr Bassirou Bonfoh, the Director for the consortium also known as African Science Partnership for Intervention Research Excellence (ASPIRE).

One Health is a collaborative, multisectoral, and trans-disciplinary approach -working at the local, regional, national, and global levels – with the goal of achieving optimal health outcomes recognising the interconnection between people, animals, plants, and their shared environment.

The consortium is currently supporting 60 young African scientists (Masters, PhD students and Post Doctoral) who are currently researching on different diseases that include TB, brucellosis and rabies, among many others.

James Akoko from Kenya is one of the fellows studying Brucellosis for his PhD at Maseno University.

Brucellosis is one of the neglected diseases, and it is transmitted from livestock to humans through poor meat handling, consumption of unpasteurised dairy products and direct contact with infected animals.

“My study seeks to understand the role of different animals in the treatment of the disease,” says Akoko.

He notes that if one is infected with the disease, then it is important to understand the origin in order to address the disease conclusively.

“In many cases, we treat Brucellosis without knowing whether the patient picked it from a goat, a cow or even a camel,” says Akoko. To address this, his study insists on interviewing the patient to understand the very animals they interact with, what kind of meat they eat and the milk they take so as to know the target for vaccination.

Through the consortium, Akoko is linked to supervisors based in Kenya, Tanzania and Switzerland. “We coordinate through skype meetings, emails, workshops and even conferences,” stresses the researcher.

Other researchers are focusing on major steps towards elimination of rabies in Africa.

“There is evidence that rabies can be eliminated. But we have not been able to do it,” ponts out Bonfoh.

ALSO READ:  Between Coronavirus and bats

The scientists are therefore involved in efforts to eliminate rabies in Tanzania, Senegal and Côte d’Ivoire using an all-inclusive approach of “One Health.

“Governments need to take up the fight against these important diseases, which affect mostly the poor,” notes Bonfoh. “But the problem has been that nearly all governments focus on priority diseases while neglecting some very important ones,” he adds.