Science Museum under scrutiny over ties to big oil

July 8, 2018 Comments Off on Science Museum under scrutiny over ties to big oil 1,101 Views

A group of 46 highly-respected scientists, climate experts, naturalists and representatives of impacted communities on Thursday, July 5, 2018 joined forces to lodge a formal complaint to the Science Museum Group, calling on it to end its partnerships with oil giants BP, Shell and Statoil/Equinor. 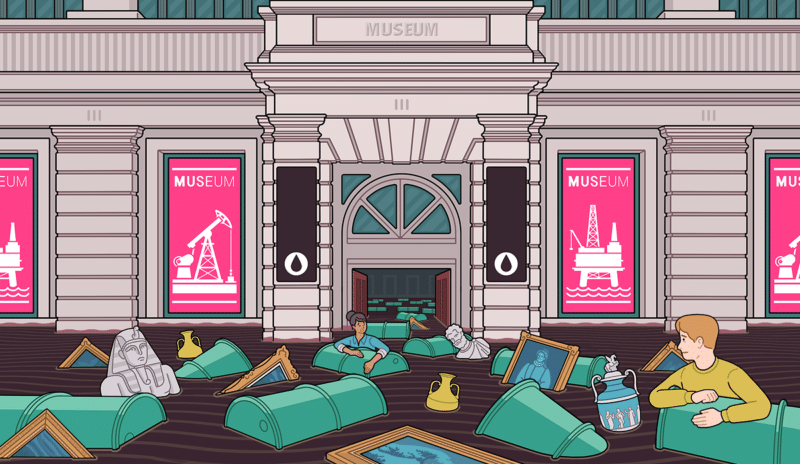 The museum is accused of ‘undermining its integrity as a scientific institution’ by partnering with BP, Shell and Statoil

The complaint, compiled by Culture Unstained, sets out detailed evidence that the museum breached its Ethics Policy and is undermining its relationships with important stakeholders – especially scientists and young people, and risking its own reputation through these sponsorship deals.

The 40-page complaint presents new evidence uncovered through Freedom of Information requests that the museum was aware of the risks of partnering with oil companies but failed to act, including:

Simon Clydesdale, Oil campaign leader at Global Witness, commented: “The people at the top of the Science Museum clearly think it’s important to know where their money comes from, as they conducted due diligence reports on all three of these oil companies. It is baffling that they could think that money from Shell, a company embroiled in one of the biggest corporate corruption scandals of all time, was clean enough to take.”

Other signatories include representatives of organisations in countries that have been negatively impacted by the companies’ activities, including Nigeria, Norway and West Papua. They also include youth organisations and science teachers concerned that young people are being specifically targeted by the oil companies through these sponsorship deals, while actively putting their futures at risk by continuing to extract fossil fuels.

Lazarus Tamana of the Movement for the Survival of the Ogoni People (MOSOP) in Nigeria said: “Shell as a corporate entity is operating irresponsibly in Nigeria, involved in corruption, violating human rights and disregarding the rights of the indigenous peoples of the Niger Delta. Shell does not observe its own internal regulations nor Nigerian regulations, causing environmental pollution and many deaths of the Ogoni people and the people of the Niger Delta.”

The complaint, which was submitted by email on the morning of July 5, recommends that the Science Museum Group ends these relationships as soon as is legally possible.

This isn’t the first time the Science Museum has come under scrutiny over its partnerships with fossil fuel companies. In 2015, emails revealed how Shell had attempted to influence the framing of the museum’s climate science exhibition “Atmosphere”, and the following year more than 50 scientists, politicians and campaigners signed a letter to The Guardian calling on the museum to drop Statoil as the title sponsor of its new interactive gallery for children, “Wonderlab: the Statoil gallery”. Both the BP-sponsored “Cosmonauts” exhibition and the official opening of Wonderlab were met with creative protests by members of the Art Not Oil coalition and youth activists from Norway.

Jess Worth, co-director of Culture Unstained, said: “The Science Museum is engaging in a form of everyday climate denial by continuing to promote the brands of three oil companies while being fully aware of their colossal climate impacts and unethical business practices. At a time when major cities are launching legal action against these same companies for their contributions to global warming, it is inexcusable for a museum of science to help them pose as ethical and responsible when we are amid a crisis they are actively exacerbating.”