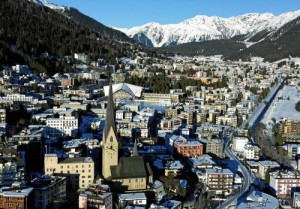 The World Economic Forum (WEF) has emerged as an international forum that unites political and business leaders as well as journalists from across the globe to discuss and shape global, regional and industrial agendas with regard to economics, health and the environment.

The WEF is a Swiss non-profit foundation based in Cologny, Geneva. Describing itself as an independent international organisation committed to improving the state of the world, it is best known for its annual meeting in Davos, a mountain resort in Graubünden, in the eastern Alps region of Switzerland. The meeting brings together some 2,500 top business leaders, international political leaders, selected intellectuals and journalists to discuss the most pressing issues facing the world.

This year’s edition held during the past week from Wednesday to Saturday, with Nigeria featuring prominently and President Goodluck Jonathan saying his administration is enhancing inclusive growth in the country through policies and programmes that focus on wealth creation rather than poverty alleviation.

Jonathan said in Davos that African governments must likewise earnestly promote inclusive economic growth on the continent to avoid problems associated with poverty and financial equality. He argued that, with Africa’s population projected to exceed two billion persons by the year 2050, wealth creation and job creation must remain at the top of the continent’s developmental agenda.

Essentially, the 2014 WEF meeting sought to develop insights, initiatives and actions necessary to respond to current and emerging global challenges. The theme focused on “The Reshaping of the World: Consequences for Society, Politics and Business.”

Conflict and political unrest have been prevalent running up to this year’s meeting. In the wake of the Arab spring, incessant unrest in North Africa and the Middle East continue to limit the potential for peace and economic prosperity in the region. The war in Syria has resulted in more than two million refugees seeking safety in neighbouring countries, such as Lebanon, Jordan and Turkey.

These nations have been struggling with the magnitude of the crisis. According to the UN, close to nine million Syrian people are in desperate need of foreign aid. These are but some of the challenges faced by political and business leaders in their pursuit of making the world a better place.

Apart from the various socio-economic dilemmas that have developed as a result of conflict and political unrest, dialogue at Davos was also shaped by global environmental, social and economic issues such as climate change, multilateral trade as well as the post-2015 development agenda. Climate change in particular was top priority at Davos this year.

One distinguished attendee was Africa’s richest man, Aliko Dangote, who is co-chair of the annual meeting. As of March, 2013 his wealth was estimated by Forbes to be in the region of $16.1 billion.

Echoing the UN Secretary-General’s advocacy for improving access to education, the GEFI basically aims to put every single child in school. Klaus Schwab wrote in his invitation letter to Dangote that his “participation as co-chair will contribute significantly to the substance and relevance of exchanges between global leaders from government, business, academia, civil society, and the media at the forum.”

In spite of the media attention Davos receives for the protests, the exclusivity, the lavish dinners, the alleged million dollar parties thrown by tech billionaires and the speculation about the private words exchanged outside of the official sessions; there was possibly no better stage for the most influential men and women to meet and discuss how to make the world a better place. When one is able to see the wealth and influence of the participants as a force for positive change, Davos-Klosters can be seen as a platform for incredible political, social and economic progression.

The Forum was founded in 1971 by Klaus Schwab, a German-born business professor at the University of Geneva. First named the “European Management Forum”, it changed its name to the World Economic Forum in 1987 and sought to broaden its vision further to include providing a platform for resolving international conflicts.

Political leaders soon began to use the annual meeting as a neutral platform. The Davos Declaration was signed in 1988 by Greece and Turkey, helping them turn back from the brink of war. In 1992, South African President F. W. de Klerk met with Nelson Mandela and Chief Mangosuthu Buthelezi at the annual meeting, their first joint appearance outside South Africa. At the 1994 annual meeting, Israeli Foreign Minister Shimon Peres and PLO Chairman Yasser Arafat reached a draft agreement on Gaza and Jericho.

The organisation also convenes some six to eight regional meetings each year in locations such as Latin America and East Asia, as well as undertaking two further annual meetings in China and the United Arab Emirates. Beside meetings, the foundation produces a series of research reports.

Previous: Killer floods!
Next: Climate change: The Loss and Damage 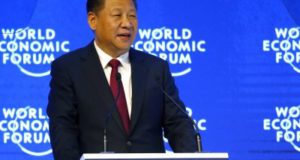 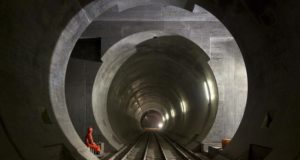 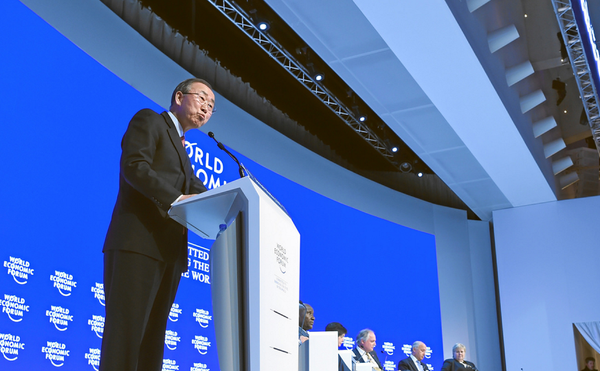