The United Nations Educational, Scientific and Cultural Organisation (UNESCO) on Monday, February 26, 2018 said the Lake Chad Basin (LCB) would contribute to the economic and food reserves of countries on its borders if restored. 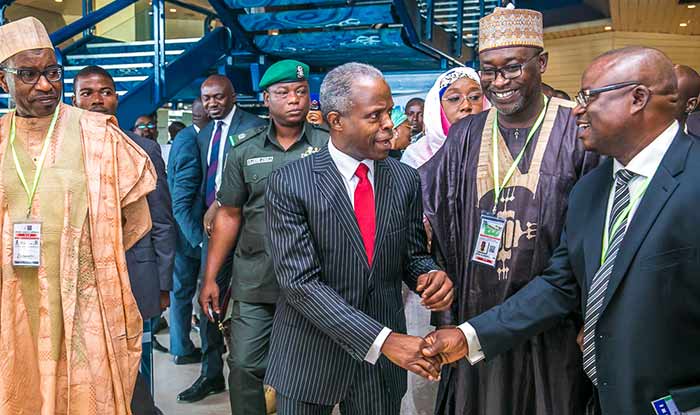 Mr Getachew Engida, the Deputy Director General (DDG) UNESCO, said this at the opening of the International Conference on Lake Chad (ICLC) in Abuja.

The conference, which is tagged: “Saving the Lake Chad to Revitalise the Basin’s Ecosystem for Sustainable Livelihood, Security and Development’’, is holding from  Feb. 26 to 28.

Engida said that 90 per cent of activities in agriculture and fishery were the livelihood of countries bordering the lake making it economically viable.

He said when the livelihood of any nation was affected, such nation was bound to suffer setbacks in development.

“The LCB is an important source of fresh water on which more than 40 million people in Nigeria, Cameroon, the Central African Republic, Chad and Niger depend.

“Rainfalls have declined over the past 50 years and the lake’s surface area has shrunk by more than 90 per cent, affecting the region’s ecosystems and economy.

“About two million people in the region have been displaced. We need to break the cycle of ecological disaster on LCB,” he said.

He said the shrinking of the lake had contributed immensely to the activities of security attacks, especially Boko Haram.

According to him, UNESCO has over 20 years working experience in the region and will ensure that the current project addresses the need surrounding the lake squarely.

Engida said that in the course of the conference, UNESCO would launch Biosphere and Heritage of Lake Chad project (BIOPALT), a project funded by the African Development Bank for the period of three years.

Engida said that BIOPALT would contribute to the rehabilitation of wildlife migration corridors between Chad, Cameroon and Nigeria.

According to him, the rehabilitation will help preserve oases and prevent the drying up of water supplies by restoring ponds.

He said two biosphere reserves and heritage sites were being established by the LCB.

“It will also focus on income generating activities such as the production of spirulina, an algae traditionally harvested by women, and support efforts to preserve Lake Chad’s iconic Kuri cattle and endangered species.

“BIOPALT will help countries bordering the lake to work together to meet the management and preservation standards required for trans-boundary sites in the LCB to Biosphere Reserve and a World Heritage sites.

“Also two World Heritage sites are established, which are Manovo-Gounda, St. Floris National Park in Central African Republic and Lakes of Ounianga in Chad,” he said.

Mrs Mariam Katagum, ambassador and permanent delegate of Nigeria to UNESCO said that the conference was expected to propose long term mechanism in actualising the restoration of the LCB and African Union Agenda of 2063.

She said that the conference would highlight lessons to be drawn from recent advances in science and international efforts to reverse environmental degradation of lakes of states confronted with problems similar to Lake Chad.

Katagum said that stakeholders would ensure sustained effort in launching the lake to the World Heritage site, among other benefits the lake could offer.