Rescuing PDP from the brink

It is fortuitous that the People’s Democratic Party (PDP) has given the indication that a new national chairman will emerge by September, 2015 when the party holds a special convention for that purpose. It is a sure sign that the PDP is ready to reinvent itself after a woeful loss in the recent general elections. The party has similarly indicated its determination to snatch power from the ruling All Progressives Congress (APC), which came to power May 29, 2015. 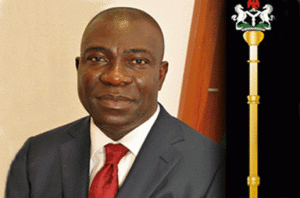 Ordinarily, the announcement of the impending new national chairman for the PDP should elicit wide applause from the polity and expectations from party faithful across the country of a possible titanic challenge to the APC in the 2019 general elections. The founding fathers of the PDP should also be elated by the good news coming from the party’s national headquarters in Abuja, the Federal Capital Territory of Nigeria.

Earlier, the party had constituted a fact-finding committee headed by Deputy President of the Senate, Senator Ike Ekweremadu, on why the PDP lost in the last elections. Former President Goodluck Jonathan, who is on record as the first incumbent to have lost and conceded defeat in the country constituted the panel. This was after an unbroken 16 years rule by the PDP.

Why did President Muhammadu Buhari and his party, APC, defeat Jonathan and the PDP? How can the party return to power in 2019. How should the PDP function as an opposition party? What are the lessons to be learnt, if any from the loss, and what remedies could be prescribed to mitigate the impact of the defeat? These are some of the questions the Ekweremadu committee was ‎meant to find answers to.

From the announcement of next month’s national convention it would seem as though the work of the Deputy President of the Senate has been concluded and the recommendations of the panel accepted. It is not clear however if the committee has been disbanded or would continue on the path of midwifing the party once again to victory.

But it is sad that the PDP leadership by the announcement of a national convention next month is yet to come to terms with the enormity of the problem at hand and how to get out of ‎the hubris to face the reality of the task at hand. Either that or the party is still consumed by an inebriated reverie.

Definitely, a convention to elect a new chairman seems right and equitable given the existing zoning structure of the PDP.   I cannot however see why it is propitious to do so at this moment. Because the leadership should have realised that the panacea needed to take the party forward and beyond its present state of near comatose is the rebuilding of structures from the scratch. That is from the grassroots to the national level. Anything short of this would yield a worse result from that of the 2015 polls.

From the signs put out by the current leadership headed by acting chairman, Uche Secondus, members of the NWC are determined to hold on to their portfolios and hope that the election of a new chairman would provide the badly needed catalyst that would return PDP to its former winning ways. An action akin to pouring fresh wine into an old, disused and dirty bottle.

Secondus and his co-travellers in the NWC ought to have realised by now that it was not the former national chairman, Alhaji Adamu Mu’azu that made the PDP to lose the last elections. Therefore the resignation and subsequent replacement of Mu’azu would not affect the party in any way, positive or negative. Only a radical clearing of the augean stable is capable of injecting fresh tonic for the PDP to return to its once boisterous path.

Nigerians are convinced that members of the NWC are filthily corrupt, selfish and greedy. The recent allegations of mind boggling misappropriation of funds running into billions of naira against key members of the NWC reinforces ‎the belief that the national secretariat of the PDP is a bleeding sepulchre. Notwithstanding that there may be some untainted by this corruption perception.

Interestingly, the acting Chairman of the Board of Trustees, Alhaji Haliru Bello Muhammed, in a shameless bid to wash‎ his hands off the party’s woes disclosed that the PDP lost the last elections because it adopted President Jonathan as its sole candidate in flagrant disobedience to the established rule of zoning and equity. Yet it was the same BOT boss who moved the motion for the adoption of the former President a year ago, in defiance of the voices of reason, good conscience and the wish of the founding fathers that the ticket should be zoned to the North for an equitable contest. well-meaning Nigerians and PDP faithful should therefore impress it on Muhammed and entire apparatchik of the party that it is time to give way to new faces, new voices and new messages that resonate with the wish of the ordinary man, who in any case constitute the bulk of the electorate. Anything short of this is a sure panacea for failure.

The PDP is in urgent need of a credible and charismatic leadership. The current players in the BOT and NWC most of whom are tied to the umbilical cord of the last administration must now out for a new set of players. Surely the party is not only a nest of thieves as the rival APC would want us to believe. There must be men with elevated ethos and patriotic zeal within its fold.

Only recently, the filthy condition of the national secretariat of the PDP has become an issue for intense debate in the social media. This is following after the planned reduction in the workforce by half and slashing of salaries of the workers by 50 percent. All these taking place barely three months after the party vacated power at the centre.

Of course, these are signs of structural disequilibrium which when not addressed would lead to the ultimate destruction of the party. Has anyone done a proper audit of the staff at the secretariat known also as Wadata Plaza? What known or objective criteria was used in the recruitment? Why is the party still being run as an old or broken down colonial office? Does the PDP have an authentic and verifiable data base of party faithful from‎ inception till date?

What most Nigerians do not know however is that Wadata Plaza is a rented block of offices donated by the late Waziri Ibrahim for the party to take off in 1998. No effort has been made to erect a befitting and permanent structure since then. No wonder it has remained disorganised and subject to several interminable manipulations. Indeed one can never be sure what to expect from the PDP National Secretariat each time a complaint, petition or matter is taking there.

It is against this backdrop that I would suggest that large chunk of mone‎y realised in the sale of governorship forms in the forthcoming elections in Bayelsa and Kogi states should be devoted to the building of a modern, fully furnished, computerised and permanent edifice. Moving away from its present location is one great way to let the people know that PDP is embarking on a path of redeeming its badly battered image.

Similarly, the party must embark on a fresh membership drive backed by a fully automated data centre, the type set up by the APC in the days leading to the last elections. Members who subscribe must also pay registration fees and annual dues which in turn would become veritable source for raising funds to run the party. Once the process is transparent and accountable, it would engender confidence difficult to break.

Of course, it may be appropriate to inform the leadership that only few Nigerians share in the optimism that the PDP would return to power in 2019. This is because the change mantra which ushered the APC to office has not diminished. If at all, most people are hopeful that the ruling party and President Buhari would keep to the promise of probe and sending corrupt persons to jail, at the least. Once that is done, it may be difficult convincing the people not to vote APC in the next general elections.

Instead, the emphasis should be on how to reverse the majority in the national assembly in favour of the PDP as well as win more states. This can easily be achieved if internal democracy is entrenched and only popularly electable candidates‎ are allowed to fly the party’s flag at all levels. Again, party faithful who lose in a well contested and transparent primary are not likely to defect, thereby guaranteeing cohesion and a united front in a general election.

By and large nobody is advocating that the PDP should invite or import people from the moon and other places in outer space to take over the leadership of the party. Neither is it expected that the negative perception of sleaze could be wiped out overnight.  But a determined effort to revamp the structure and elect credible leadership at all levels would definitely elicit positive vibes from the citizenry.

Anything to the contrary is a clueless march to hades, a mindless circumspection that ends in abyss. Definitely, it’s a sure panacea to keep the PDP perpetually on the brink. No one wants that.

By Felix Ofou (a former Editor who lives in Lagos) 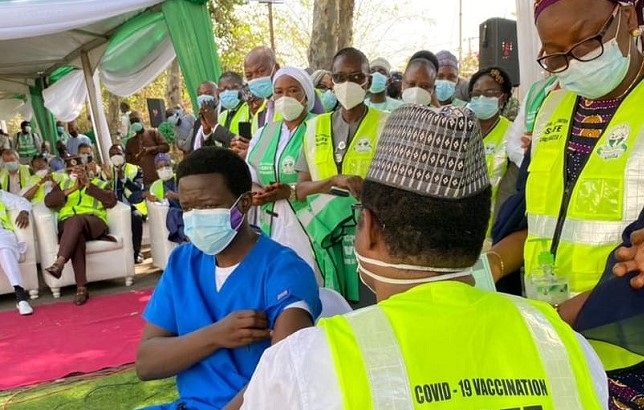