The House of Representatives on Wednesday, November 8, 2017 passed a bill to provide a legal framework for mainstreaming of climate change responses and actions into government policy formulation and implementation. 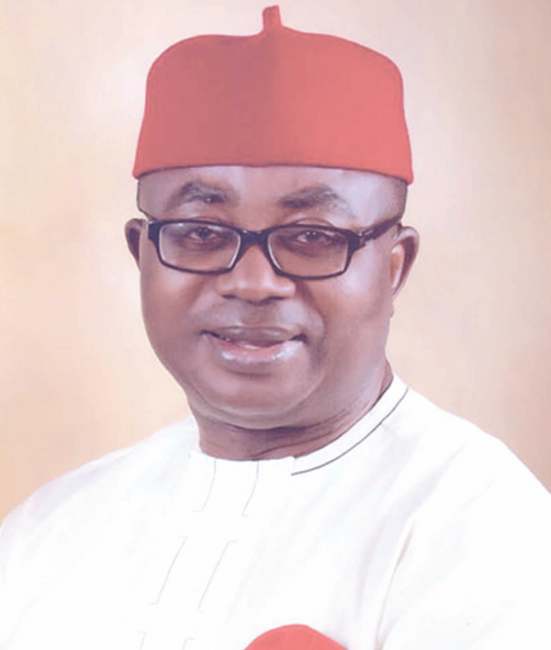 The bill also proposed the establishment of a council to coordinate climate change governance as well as support the adaptation and mitigation of the adverse effects of climate change in the country.

In an interview with the News Agency of Nigeria (NAN), the sponsor of the bill, Rep. Sam Onuigbo (Abia-PDP), said that the need for a strong national institution to address the effects of climate change compelled him to come up with the bill.

According to him, the absence of a law on issues of climate change has scared investors from investing in the country.

‘‘Today, there is no law on climate change, all we have are policies and that has been a serious setback for the country as far as climate actions are concerned.

‘‘Climate change is a global issue that cuts across the world and that is what informed the move of the United Nations’ convention on climate change.

‘‘But back home, there is no law both at the national and sub-national levels and that has necessitated this bill.

‘‘The early coming into force of the 2015 Paris Climate agreement reinforced the necessity of a climate change legislation.

‘‘It will facilitate the domestication of the agreement and enable Nigeria to effectively implement its commitments, particularly the emission reductions target,’’ he said.

Onuigbo further said that absence of a law that prescribed legal obligation for compliance with elements of national climate policy and all other climate-related initiatives and programmes had also inhibited climate change management in the country.

‘‘But this bill will provide a framework for a federal budget appropriation process that institutionalises transparency and accountability of climate related sources, including international climate finance,’’ he said.

The lawmaker added that the bill intended to balance institutions and approaches responsible in addressing climate challenges across economic sectors and through public and private participation.

He said it would also aid the ‘‘setting up of guidelines for prescription of range of economic instruments and regulatory techniques to reduce Green House Gas emissions.

Onuigbo said the bill would be transmitted to the Senate for concurrence on Wednesday and subsequently to the President for assent.

‘‘Every leader determines what happens to his subjects, and the President has given climate change a go by the signing the UN treaty on Climate Change and his subsequent speeches back home,’’ he added.

NAN recalled that the House of Representatives adopted the committee report on Climate Change on Oct. 26.