A new report packed with best practice climate policies from across the world reveals a wealth of existing opportunities to immediately scale up reductions in greenhouse gas emissions while powering up ambition to keep the global average temperature rise below 2 degrees Celsius. 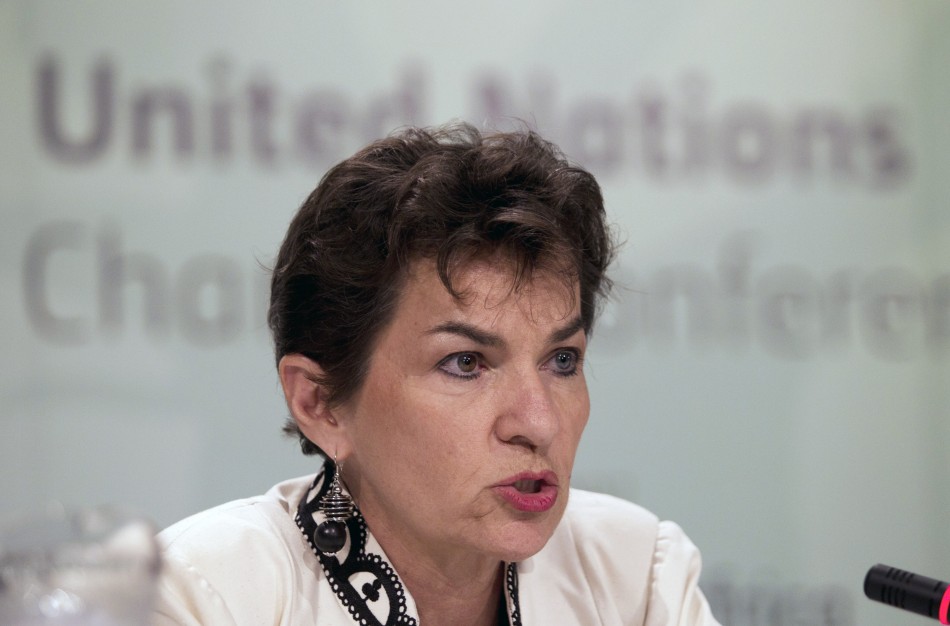 “Climate Action Now – A Summary for Policymakers 2015” http://climateaction2020.unfccc.int/spm/introduction/ underlines how nations can deploy a wide range of proven policies and utilize existing initiatives to meet the common challenge of climate change and sustainable development. The report also sits on a new microsite http://climateaction2020.unfccc.int/ highlighting the potential for greater climate action and ambition before 2020, when the new Paris Agreement comes into effect.

It also highlights both national and international cooperative actions while underling the vital role of non-State actors such as companies, cities, regions and provinces in realising bigger reductions in current and future emissions.

The report, released by the secretariat of the UN Framework Convention on Climate Change (UNFCCC) at the request of governments, provides a straightforward, inspiring go-to-reference to assist ministers, advisors and policymakers pursuing climate actions now and over the years and decades to come.

The findings spotlight how effective policies across six key thematic areas not only reduce emissions rapidly but also advance goals in 15 other critical economic, social and environmental areas.

The report underlines that the intended national climate action plans which almost 170 countries have already submitted towards the new climate change agreement in Paris, in December, have an inordinate potential to go further and faster, assisting nations to over-achieve on their pledges.

“Under the UNFCCC, governments have over the past few years led a significant effort during a series of technical expert meetings to identify and scope out the policies that lead to effective climate action – this report is the fruit of that effort,” said Christiana Figueres, Executive Secretary of the UNFCCC.

“It underlines the myriad of remarkable transitions that are already occurring nationally and internationally in areas ranging from renewable energy to transportation and land use. In doing so it provides governments and their partners with the blueprints and tool-kits to cost-effectively catalyse action now and take the Paris agreement to the next level of long term ambition,” she added.

“The remarkable reality revealed in this report is that the very policies that deal most effectively with climate change also offer a ready-made portfolio of actions that can equally assist the Sustainable Development Goals and achieve everyone’s ultimate aim of a prosperous, stable and environmentally healthy world for all,” said Ms. Figueres.

The report pinpoints broadly four areas that are holding back taking climate action to scale.

An estimated 40 national and more than 20 subnational jurisdictions have or are planning to introduce a price on carbon. The report urges more to follow suit.

The report notes that the G20 and the Asia-Pacific Economic Cooperation Forum have all pledged to reduce such subsides with several developing countries like Angola, Egypt, Indonesia and Morocco ‘taking advantage of low oil prices to cut fossil fuel subsidies’.

The report notes that additional investment averaging $1 trillion a year will be needed in the energy sector until 2050 ‘in order to stay below the 2 degrees C threshold’.

Institutional, Regulatory and Legal Frameworks – the institutions charged with implementing or overseeing climate action need to be equipped with appropriate resources and mandates says the report

It calls for governments to ramp up the strategies, regulations and laws including the engagement of civil society and private sector actors in order to catalyse further national and non-State actor action.

The UNFCCC secretariat has just recorded the biggest wave yet of new climate actions by cities, states, regions and businesses. A total 2,245 fresh commitments were recently entered into the NAZCA portal http://climateaction.unfccc.int/ , which has collected well over 6,600 separate pledges worldwide … and counting.

Larger cooperative initiatives between governments, the UN, agencies, non-State actors and civil society will also be brought forward at the UN climate conference in Paris under the Lima-Paris Action Agenda http://climateaction.unfccc.int/

The report is full of good practice climate policies across six thematic areas: renewable energy, energy efficiency, transport, land use, carbon capture, use and storage and controlling non-CO2 greenhouse gases. Immediate action by all nations has the potential to reduce emissions by 2020 by between 10 Gigatons and 19 Gigatons of carbon dioxide equivalent.

Excluding hydropower, renewables accounted for just over nine per cent of global electricity generation in 2014, up from 1.8 per cent in 2004. This momentum has led to approximately 58 per cent of net additions to global power capacity in 2014 coming from renewables, which is more than from coal and gas combined.

The Republic of Korea smart grid initiative – “Smart grids” that use digital technology to manage flows of power more efficiently are vital for integrating a large volume of distributed, intermittent, low-carbon generation while improving energy efficiency

African Group Renewable Energy Partnership – to establish a global partnership to accelerate energy transformation in Africa to wider use of renewables via the deployment of, for example, feed-in tariffs and other incentives. By 2020 the partnership could enable the installation of at least 10 GW of renewable energy capacity in Africa

Scaling up investment in energy efficiency could generate a net increase in global economic output of $18 trillion by 2035, says the International Energy Agency (IEA).

UN–World Bank Sustainable Energy for All – its Global Energy Efficiency Accelerator Platform could double the rate of energy efficiency improvement by 2030 by driving action and commitments by national and subnational leaders at all levels, using integrated policy and investment road maps to guide project implementation

The UN Environment Programme (UNEP) estimates reductions of emissions from land transport, aviation and shipping of 1.7–2.5 Gt CO2 equivalent – from one quarter to more than one third of current emissions from the sector – are possible by 2020.

Mexico – Mexico City has consistently expanded its bus rapid transport system since 2005. One tenth of its users have shifted from private cars

Carbon Capture, Use and Storage

Globally, there are 12 operational carbon dioxide capture and storage (CCS) projects, with a further 10 under construction. The IEA estimates that if sufficient support is provided and financing is secured, CCS projects could capture 50 Mt CO2/year by 2020.

Within the power sector, it is estimated the emission reduction potential for CCS is 0.2–0.4 Gt CO2 equivalent in 2020.

Norway – A carbon tax, established in 1991, has increased over time, creating an incentive to store CO2 and resulting in sequestration of 0.9 Mt of CO2 each year

Carbon Sequestration Leadership Forum – a ministerial-level initiative to facilitate development and deployment of cost-effective CCS technologies. Membership is open to national government entities that are significant producers or users of fossil fuels and committed to investing in CCS research, development and demonstration

The US Environmental Protection Agency estimates 2.7 Gt CO2 equivalent of global non-CO2 GHG emissions could be mitigated by 2020 at a cost below $50/t CO2 equivalent.

Almost one-quarter of these reductions could be made at or below a breakeven cost with a substantial portion generating an immediate financial return.

Montreal Protocol on Substances that Deplete the Ozone Layer – an international treaty to phase out the production of numerous substances responsible for ozone depletion. Over 98 per cent of consumption of all ozone-depleting substances has now been phased out since its entry into force in 1989

Meeting in Dubai in early November this year, nations agreed on a pathway to control the growth of hydroflurocarbons (HFCs) – chemicals that are harmless to the ozone layer but which have significant climate impacts.

China – In order to increase net forest area by 40 million hectares by the end of 2020 compared with 2005, China is combining afforestation, forest protection and sustainable forest management policies and practices and is also integrating forest carbon into its national carbon emissions trading system pilot programme

It engages with governments, civil society groups active in both producer and consumer nations, smallholder farmers and indigenous representatives and multinational corporations

The report also underlines the critical connection between reducing emissions fast enough in order to avoid the worst climate change impacts and therefore reduce the scale of future adaptation required but also to enable many immediate adaptation co-benefits.

Energy efficiency, for example, can improve the ability of communities to adapt to climate change by reducing the peak demand they put on power systems during high temperatures or unexpected weather while improving the comfort level of buildings in uncertain weather.

“This report underlines that many of the specific and cooperative actions needed to reduce emissions also have multiple co-benefits including in the area of adaptation and building more resilient countries and communities,” said Ms Figueres.