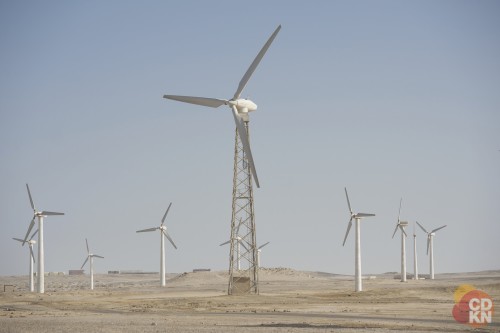 According to observers, scaling up renewable electricity is crucial to meet the central goals of the Paris Climate Change Agreement, which is to hold the global average rise as close as possible to 1.5 degrees Celsius.

However, as the new report points out, the entire power sector and specifically the heating, cooling and transport sectors must also be transformed for a world to a stand a chance of meeting the Paris goals.

“We may be racing down the pathway towards a 100% renewable electricity future, but when it comes to heating, cooling and transport, we are coasting along as if we had all the time in the world. Sadly, we don’t,” said Rana Adib, Executive Secretary of REN21.

To achieve 1.5 degrees C, the heating, cooling and transport sectors, which together account for about four-fifths of global energy demand, will need to follow the same path as the power sector – and fast.

For these sectors to change, the right policy frameworks need to be put in place to drive innovation and the development of new technology.

Arthouros Zervos, REN21 Chair, said: “To make the energy transition happen there needs to be political leadership by governments – for example by ending subsidies for fossil fuels and nuclear, investing in the necessary infrastructure, and establishing hard targets and policy for heating, cooling and transport. Without this leadership, it will be difficult for the world to meet climate or sustainable development commitments.”

Small changes are under way. In India, for example, installations of solar thermal collectors rose approximately 25% in 2017 as compared to 2016. China aims to have 2% of the cooling loads of its buildings come from solar thermal energy by 2020.

With 1.2 million electric passenger cars sold in 2017, the transport sector increases its level of electrification and offers new possibilities for renewable energy uptake. Still, the industry has a long way to improve since only 42 countries have national targets for the use of renewable energy in transport.

Investment added 178 GW of renewable power generation capacity in 2017 which was more than twice that of net, new fossil fuel and nuclear power capacity combined.

Thanks to their increasing cost-competitiveness, the share of renewables in the power sector is expected to only continue to rise. New solar photovoltaic capacity grew to a record 98 gigawatts in 2017, while 52 GW of wind power were added globally.