Expert observers from the Climate Action Network (CAN) have responded to two weeks of UN climate negotiations as they draw to a close on Thursday in the German city of Bonn. Civil society reflected on progress during the session and also on what needs to happen over the coming months, ahead of COP 22 in Marrakesh this November, to swiftly implement the Paris Agreement and boost short-term climate action. 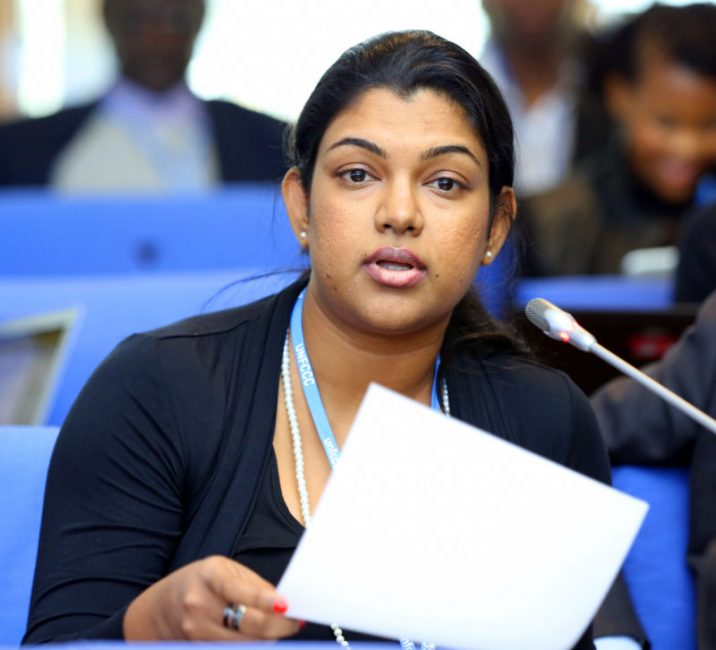 “As Donald Trump takes evasive action to insure his golf course against climate impacts, governments and businesses, with far more at stake than the 18th green, are putting in the hard yards to accelerate the drive for 100% renewable energy, to build prosperous economies for the future,” said Wael Hmaidan, Director at Climate Action Network International.

Vositha Wijenayake, Policy and Advocacy Coordinator for Climate Action Network South Asia: “In Bonn, the countries have discussed the need for entry into force in a rapid manner. It is necessary that Parties take action back home to ensure that ratification happens swiftly, and in a manner that facilitates increase of ambition and with rules developed to ensure transparency and accountability of climate actions.”

Tina Johnson, Policy Director at US Climate Action Network: “The first week of negotiations post-Paris began with fits and starts. However, Parties managed to agree on an APA agenda and the hope leaving Bonn remains that COP 22 will be the Action COP. However, because of the inadequacy of ambition in current INDCs, Marrakesh needs to make sure that the path is set for the facilitative dialogue in 2018 in order to ramp up ambition to limit global warming to 1.5°C.”

Sanjay Vashist, Director Climate Action Network South Asia: “There has been painfully slow progress on key issues at the SB44 session in Bonn making it necessary to hold more meetings before the next Conference of Parties in Morocco. Raising adequate climate finance and carving out necessary rules and modalities to bring the Paris agreement into force must be the highest priority for all negotiators from now to November.”

Kimiko Hirata, International Director at Kiko Network: “The G7 Ise-Shima summit held in Japan is a great opportunity to maintain political momentum and accelerate negotiation on the Paris Agreement. However, as the only G7 country to promote coal at home and the biggest coal financier internationally, Japan nearly fails to deliver strong message on climate. This looks likely to be remembered as the summit at which Japan missed the chance to capitalise on momentum for change and left it to China to lead the world on renewable energy.”

Sven Harmeling, Climate Change Advocacy Coordinator, CARE International: “During the past two weeks in Bonn, we saw that the Paris spirit is still alive, but the implementation of the new climate deal remains a huge challenge. There has been some progress in helping vulnerable countries and people adapt to the dangerous impacts of climate change, but more focus must be given to local gender-equitable adaptation plans and programmes. When countries meet at COP22 in Marrakesh, we expect to see a clearer roadmap for scaling up financial support for adaptation, and for addressing unavoidable loss and damage.”

ALSO READ:  GCF unveils guide on how to access fund

Mohamed Adow, Senior Climate Advisor at Christian Aid: “Marrakesh needs to be seen as the Renewables COP.  It offers an enormous opportunity to shift the conversation from grand political rhetoric to the implementation of short-term concrete actions which will keep the agreed temperature goals of 1.5°C and 2°C within reach. In Marrakesh countries must support the urgent need for more renewable energy in developing countries. There are exciting enterprises like the Africa Renewable Energy Initiative and the Solar Alliance which were launched in Paris and are building on the global need for renewable energy.”

Jens Mattias Clausen, Senior Climate Change Adviser at Greenpeace Nordic: “When countries next meet at COP22 in Marrakech, they need to make serious headway on the rules of the new climate regime and give the necessary teeth to the Paris Agreement. But above all, Marrakech needs to be all about action. Last year’s summit in Paris saw several promising renewable energy initiatives launched and today leaders from three developing country groups, representing over 90 countries, made a strong call for global action on renewable energy in Marrakesh.”

Sandeep Chamling Rai, Senior Global Adaptation Expert for WWF International: “This year average global temperatures were more than 1°C higher than before the industrial era – and we have had 7 straight months of record breaking global heat with widespread climate change impacts. As temperatures soar, vulnerable people and ecosystems will have to adapt more drastically and rapidly, but they will also face impacts that go beyond the potential for adaptation. That’s why negotiators need to urgently resolve the issue of adaptation and loss and damage to ensure that the necessary support will be delivered to help those that are least responsible but facing the worst consequences.”

Armelle Le Comte, Advocacy Officer for Climate and Fossil Fuels at Oxfam France: “Millions of the world’s most vulnerable people are already facing the disastrous impacts of climate change. Yet, adaptation has been short-changed. COP 22 needs to pick up the unfinished business from Paris. At COP 22, developed countries must present a roadmap to show how they will deliver their $100bn a year promise, and adaptation finance must me a core component of this roadmap.”