Rapid greenhouse-gas emissions reductions are needed if governments want to keep in check both the costs of the transition towards climate stabilisation and the amount of removing already emitted CO2 from the atmosphere. 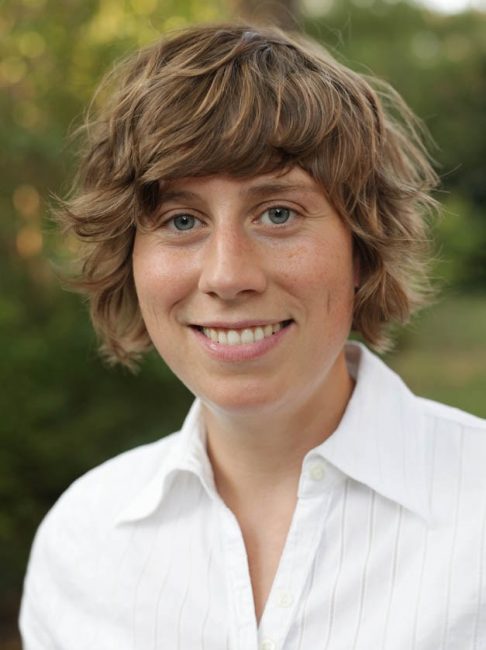 Jessica Strefler of the Potsdam Institute for Climate Impact Research (PIK), lead-author of the analysis

To this end, emissions in 2030 would need to be at least 20 percent below what countries have pledged under the Paris climate agreement, a new study finds – an insight that is directly relevant for the global stock-take scheduled for the UN climate summit in Poland later this year.

Removing CO2 from the atmosphere through technical methods including carbon capture and underground storage (CCS) or increased use of plants to suck up CO2 comes with a number of risks and uncertainties, and hence the interest of limiting them.

“Emissions reduction efforts in the next decade pledged by governments under the Paris climate agreement are by far not sufficient to attain the explicit aim of the agreement – they will not keep warming below the 2-degrees-limit,” says Jessica Strefler from the Potsdam Institute for Climate Impact Research (PIK), lead-author of the analysis published in Environmental Research Letters.

“To stabilise the climate before warming crosses the Paris threshold, we either have to undertake the huge effort of halving emissions until 2030 and achieving emission neutrality by 2050 – or the emissions reductions would have to be complemented by CO2 removal technologies. In our study, we for the first time try to identify the minimum CO2 removal requirements – and how these requirements can be reduced with increased short-term climate action,” she adds.

It turns out that, according to the computer simulations done by the scientists, challenges for likely keeping warming below the threshold agreed in Paris would increase sharply if CO2 removal from the atmosphere is restricted to less than five billion tons of CO2 per year throughout the second half of the century. This is substantial. It would mean for instance building up an industry for carbon capture and storage that moves masses comparable to today’s global petroleum industry. Still, five billion tons of CO2 removal is modest compared to the tens of billion tons that some scenarios used in climate policy debates assume. Current CO2 emissions worldwide are more than 35 billion tons per year.

“Less than five billion tons of CO2 removal could drastically drive up the challenges of climate stabilisation,” says co-author Nico Bauer from PIK. “If for instance this amount of carbon dioxide removal (CDR) was halved, then the annual CO2 reduction rates between 2030 and 2050 would have to be doubled to still achieve 2 degrees Celsius. In addition, short-term emissions reductions would also have to be increased as the emissions reductions pledged so far by the signatories of the Paris Agreement are not sufficient to keep warming below 2 degrees if they’re not combined with CO2 removal from the atmosphere.”

“It is all about short-term entry points, like rapidly phasing out coal”

More CO2 removal could in principle reduce costs since, on paper, implementing the relevant technologies to compensate residual emissions in industry and transport is cheaper than pushing emissions reduction from 90 percent to 100 percent. However, CO2 removal technologies are afflicted with three types of uncertainties and risks.

First, the technical feasibility and also the costs are not well known so far. Second, they might have negative effects for sustainability; a massive scale-up of bio-energy production for instance could trigger land-use conflicts and come at the expense of food production and ecosystem protection. Third, the political feasibility is by no means given. In Germany, fears expressed by parts of the population made the government stop even small-scale carbon capture and storage implementation.

“This gives important information to governments – first, rapid short-term emissions reductions are the most robust way of preventing climate damages, and second, large-scale deployment of CDR technologies can only be avoided when reliable CO2 prices are introduced as soon as possible,” says Ottmar Edenhofer, co-author of the study and PIK’s chief economist.

“Ramping up climate policy ambition for 2030 to reduce emissions by 20 percent is economically feasible. It is all about short-term entry points: rapidly phasing out coal in developed countries such as Germany and introducing minimum prices for CO2 in pioneer coalitions in Europe and China makes sense almost irrespective of the climate target you aim for. In contrast, our research shows that delaying action makes costs and risks skyrocket. People as well as businesses want stability, and this is what policy-makers can provide – if they act rapidly,” he adds.