February 16, 2018 Comments Off on Ranching only solution to herdsmen/farmers clashes, says Ishaku 859 Views

Governor Darius Ishaku of Taraba State on Thursday, February 15, 2018 said that the open grazing prohibition and ranches establishment law was the only way out of the conflicts between herdsmen and farmers in rural communities. 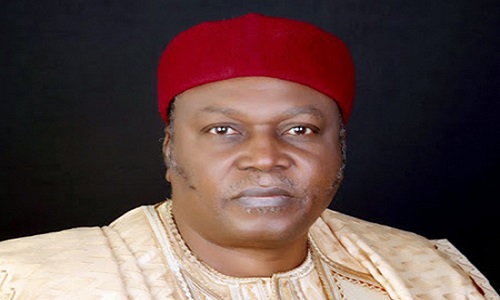 Ishaku said this when he received the American Ambassador to Nigeria, Mr William Stuart, who paid him a courtesy call in Jalingo, the state capital.

The governor, who explained that the population of the country in the 1950s and 1960s was no longer the same, said that Nigeria must adopt ranching to end frequent clashes and other challenges associated with open grazing.

“Cattle breeders cannot continue to move through the bush with a lot of risks associated with such movements.

“They need a better life and that is what we are trying to do by enacting open grazing prohibition law.

“It is unfortunate that some people, who don’t have knowledge of what we are trying to do, are constantly attacking us and giving wrong colouration to the law,” he said.

Ishaku solicited the support of the American government in finding ways toward permanent peace in Taraba and Nigeria, and commended the U.S. government’s deep concern for the welfare of its citizens.

“In America, if one person is killed, America will go to war. That is what we are lacking in Nigeria.

“As a governor, I don’t control any security apparatus which makes it difficult for me to take concrete decisions on security. Whatever decision I take, critics see it from either ethnic, religious or political angle. This is bad,” he said.

He pledged to solidify the relationship between Taraba State and the American government, and called on investors to take advantage of the abundant natural resources endowed in the state to invest in it.

Earlier, Stuart had said that he was in the state to learn  more about its people, and urged Nigerians to always remember that they could never be Nigerians without Nigeria.

He advised Nigerians to always protect and promote national interest and strive toward unity.

ALSO READ:  How cassava can transform economy, by agronomist

“The strength of Nigeria lies in its diversity; Nigerians must harness these diversities for the good of the country.

“Any time I have interactions with Nigerians, I always ask them what they love about Nigeria.

“I am happy working in Nigeria than any other country, because Nigerians are hardworking and resilient people,” he said.