My project for the African Union, by AU Chairperson candidate, Bathily

January 23, 2017 Comments Off on My project for the African Union, by AU Chairperson candidate, Bathily 798 Views

Senegal’s Abdoulaye Bathily is the Economic Community of West African States (ECOWAS) candidate hoping to take over from Dr Nkosazana Dlamini-Zuma when she steps down as Chairperson of the African Union Commission later this month. Bathily, who was at the UN Climate Change Conference (COP22) last November in Marrakech, Morocco, unveils his “Project for the African Union” 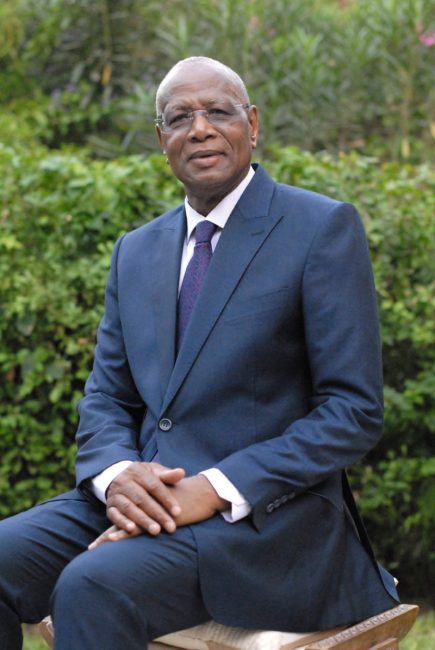 Meet the AU Chairperson candidate – Abdoulaye Bathily, whose campaign slogan reads: Let’s make this an African Union of the people.

“I intend to contribute to the rebirth of Africa in order to fulfil the founding fathers’ dream of a continent that is united, peaceful and empowered socially, politically, economically and culturally,” he says.

“The African Union has an important mandate, which consists of continuing to play a crucial role in steering the continent towards the Africa we want,” he adds, as he articulates the key objectives in his programme to fulfil Agenda 2063.

If elected, he reveals, he intends to build on the collective vision and aspirations of Africa’s people; to move beyond an African Union of States to an African Union of people; to reaffirm the leadership of the AU in global affairs; to facilitate regional and continental integration; to optimise collective resources and to build an effective and efficient AU Commission.

The prospective head of the AU lists restoring citizens’ trust in the AU among his top priorities as he defends the interests of the continent on the global scene.

“I want to encourage intra-African mobility of citizens, trade and investment in the making of a new, bold, and forward-looking African world, confidently powered by the innovative energies of its women, men, youth and children,” he says.

In his quest to transform the organisation from an African Union of States to “an African Union of the people” he hopes to see the continent (finally) being allocated a permanent seat on the UN Security Council. He is also a strong advocate of the principle of African solutions to African challenges and, as a peace mediator and peace builder, Bathily has participated in several conflicts and crisis management missions in Africa, including Mali, Liberia, Sierra Leone, Guinea Bissau, Niger, Madagascar, Guinea and Central Africa.

The pan-Africanist, with more than 50 years of social, political, cultural and academic experience and a vast network across the continent and internationally, says that he is committed to bringing to the AUC “a combination of in-depth knowledge of the entire continent, a proven capacity to relate to all contexts and challenges and a clear vision and strategy.”

With PhDs in History and Human Sciences, Bathily has held senior political roles, most recently as Senior Minister in the Office of the President of Senegal. He is also a former Deputy-Speaker of the National Assembly. On the diplomatic front, Bathily has served as Special Envoy to the Chairman of the AU and he is currently the Special Representative of the UN Secretary General for Central Africa and Head of UN Regional Office for Central Africa.