Ahead of the much-anticipated 21st Session of the Conference of the Parties (COP 21) to the United Nations Framework Convention on Climate Change (UNFCCC) in December in Paris where history will be made as countries are expected to agree to a new climate plan, EnviroNews Nigeria has intensified its awareness raising endeavor. 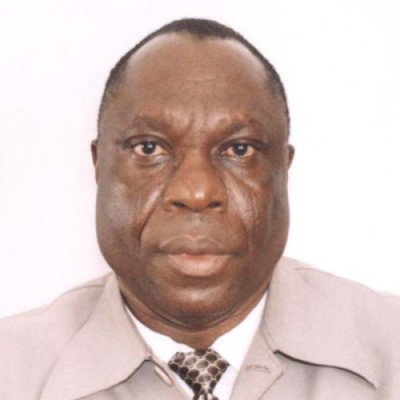 In addition to a countdown series currently running on the online environment and development-focused news magazine courtesy of Prince Lekan Fadina, another climate change expert has joined the fray. He is Professor Emmanuel Olukayode Oladipo.

With a doctorate degree in Climatology and over 30 years of work experience, nearly half of which was with the UN System, as well as over two and half decades of interest in issues related to environmental management, energy and climate change, Prof. Oladipo has taught and consulted on climate change, energy and development.

He had an extensive consultancy relationship with the World Meteorological Organisation (WMO) on Climate Change and Drought and Desertification between 1983 and 1995. He participated in a number of activities of the Intergovernmental Panel on Climate Change (IPCC) between 1985 and 1992, including being a contributor to two chapters of the First Scientific Assessment Report of the IPCC in 1990.

He worked with the United Nations Development Programme (UNDP) in Nigeria between 1994 and 2006, leading the Energy and Environment Team to facilitate and lead processes for the development and implementation of environment-related national development programmes and projects.

Between 2006 and 2011, he was the Regional Coordinator of a GEF-assisted Integrated Ecosystem Management Project between Nigeria and Niger. He has been leading the Nigerian delegation on adaptation to the COPs since 2009. Prof. Oladipo consults regularly for the Federal Ministry of Environment, UNDP Nigeria, African Development Bank and the National Infrastructure Assistance Facility (NIAF) on policy and others sectoral issues of climate change and energy.

A member of the National Technical Committe for Paris 2015, he is currently with the Department of Geography, University of Lagos, as an Adjunct Professor to lead research on Energy and Climate Change.

His series will commence publication on Monday, April 6, 2015.