Following the granting of an approval and financial support by the Global Environment Facility (GEF), Nigeria has commenced the preparation of her Biennial Update Report (BUR), which is regarded as one of the centerpieces of the global mitigation architecture for the upcoming 2015 new climate agreement in Paris. 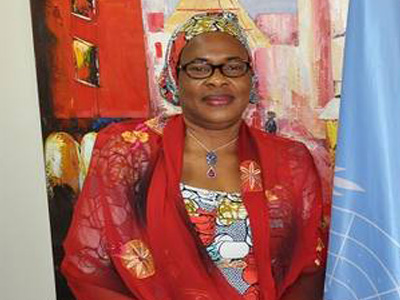 BURs are national documents to be prepared and submitted every two years to the United Nations Framework Convention on Climate Change (UNFCCC), taking into account the greenhouse gas (GHG) emission level of all sectors of the economy, such as energy, oil and gas, transportation and agriculture, among others.

At a project initiation workshop held on Wednesday, October 7, 2015 in Abuja, Permanent Secretary in the Federal Ministry of Environment (FMEv), Mrs Nana Fatima Mede, stated that the BUR constitutes an essential component of the National Communication (NC) under the UNFCCC, the preparation of which is designed to bridge the information gaps on GHG inventory in-between the country’s NCs.

She said: “The project initiation workshop affords stakeholders the knowledge of what Nigeria is to report in terms of emission of GHGs and where each stakeholder will be required to supply relevant information needed to prepare the Report.”

At the gathering she formally unveiled the National Policy on Climate Change which, according to her, “the Ministry developed to act as a guide in the national implementation in climate change activities. The implementation is cross-cutting in that it involves all sectors.”

Director, Department of Climate Change in the Ministry, Dr Samuel Adejuwon, traced the genesis of the BUR, saying that it was adopted in 2010/COP16 for the purpose of enhancing reporting of mitigation actions, their effects and support received in the NC. Then, in 2011/COP17, non-Annex1 Parties under the UNFCCC adopted the guidelines for BUR and the submission of BURs every two years was decided, he added.

According to him, the BUR is an Obligation to non-Annex1 Parties under the UNFCCC to prepare and submit every two years, reliable, comprehensive and transparent reporting from the National Communication.

He listed its objectives to include:

ALSO READ:  Now that WHO has approved malaria vaccine: Which way Nigeria?

His words: “National GHG Inventory year captured in any BUR should not be more than four years; that is, if a country wants to submit its BUR in 2015, the inventory year should be from 2011 upwards.