Pope Francis says he has only a few years to live 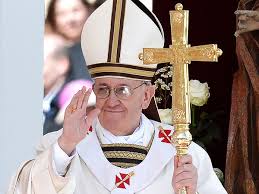 In a statement that is bound to shock the entire world in general and Catholic faithful in particular, Pope Francis has said he has only two or three years to live.

While not revealing the reason for the statement, the Pontiff from Argentina, who has been hailed widely as a a breath of fresh air due to his unconventional style and visits to poor neighbourhoods, is of the view that he would not live for more than three years.

The Pope, who hinted that he is troubled by ‘some nerve problems’ which require treatment, said this in a session with journalists aboard his jet as he returned from a trip to South Korea.

According to the Mailonline, Pope Francis also mentioned the possibility of retiring from the Papacy if his health failed to cope with the rigours of his office, a move that opened the way to the Papacy for him as his predecessor, Benedict XVI, also stepped down last year in what is an unprecedented move.

“I see it as the generosity of the people of God. I try to think of my sins, my mistakes, not to become proud. Because I know it will last only a short time,” the pope said, before adding: “Two or three years and then I’ll be off to the Father’s house.”

At 77, Pope Francis is regarded as the most vigorous Pope in years, his energetic visits around the world in a campaign for peace and tolerance accounting for his popularity.

Although reports surfaced at the time of his elevation to the Papacy that Pope Francis had a lung removed when he was a teenager due to an infection, it has not been confirmed by the Vatican.‎