The Nigerian Thoracic Society (NTS) has appealed to the National Assembly to enact law that would curb unwholesome activities of oil companies about environmental degradation. 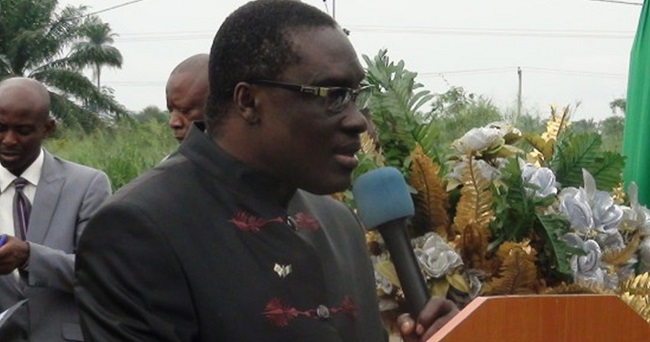 Prof. Peters Etete, the National President of the society, made the call in an interview with the News Agency of Nigeria (NAN) on Thursday, November 29, 2018 in Abuja.

He spoke on sidelines of the organisation’s Annual General Conference with the theme: “The burden of respiratory disease with a changing eco-system”.

“We want the National Assembly to enact law that will regulate the activities of oil companies so that the by-product or environmental degradation which is not healthy for the citizens and environment in general would be reduced.

“If this is not addressed in the next 10 years or so there will be so many kinds of Cancers in the country.’’

Degradation, according to him, is a product of peoples’ unhealthy and unfriendly interaction with the environment.

The president of NTS advised government to regulate gas flaring in the country as promised years back to curb the burden of air pollution.

Etete said the theme of the conference was considered based on the changing eco-system in the country, noting that it was impacting negatively on the populace respiratory system in different ways.

According to him, it is quite apparent and relevant considering the enormous challenges posed by indoor and outdoor pollution in the country recently.

He said: “Recently, we have experienced severe pollution in major cities such as Lagos and Port Harcourt with residents of these cities crying out loud to government for urgent interventions.

“Particularly in Lagos the recent indiscriminate burning of dump sites that lasted for a period of two months, gas flaring in Niger Delta particularly in Port Harcourt, Rivers State.

“In the process it emits some toxic gases into the air among other substances from environmental pollution either from oil companies or various degradation activities in the Niger Delta region.’’

According to the annual State of the Global Air Report by the Health Effects Institute (HEI) in 2016, Nigeria is placed fourth as the most unfriendly nation environmentally.

But Etete frowned at the ranking of Nigeria as fourth deadliest country globally in air pollution and pollution as accounting for about 150 per 100,000 deaths annually.

He noted that air quality in Nigeria among other 10 other countries is the deadliest anywhere on earth with higher than ambient air pollution death rates due to the environmental hazards combined with extreme pollution sources like generator fumes and vehicle emissions, among others.

The report, according to him, revealed that 95 per cent of the world’s population breathes unhealthy air.

This mortality rate is the worst in Africa and is bound to rise if no tangible action is taken by respective government and organisations to stem the tide by taking prompt action and timely intervention, according to him.

“The air pollution not only affects the lungs but other vital organs such as heart, brain, pancreas and even unborn babies.

“According to a 2016 WHO report, other cities in Nigeria with air pollution include Onitsha, Kaduna, Aba and Umuahia,” he noted.

The NTS president emphasised that the conference theme was specifically aimed at highlighting the activities that could amount to environmental pollution and various ways to mitigate these problems.

According to him, it is also aimed at enlightening the government as specialists on some steps that can be taken to reduce the effect on the health status of individuals especially in the environment.

He identified the effects of degradation as acute and chronic illnesses like chest infection, pneumonia and asthma, among others.

Osagie, who is a Consultant Pulmunologist at the National Hospital, Abuja, emphasised that every individual needs the environment seriously for everyone to be able to live in good health and be able to be productive.

“If we keep doing activities that are inimical to the environment at the long run, we will suffer for it because if we keep pouring our waste within the environment without proper method of waste disposal same waste will find it way back to us,’’ he warned.