The Police on Tuesday, August 8, 2017 arraigned three men before a Federal High Court in Lagos for allegedly defrauding the Speaker of the Lagos State House of Assembly, Mudashiru Obasa, off the sum of N9.188 million. 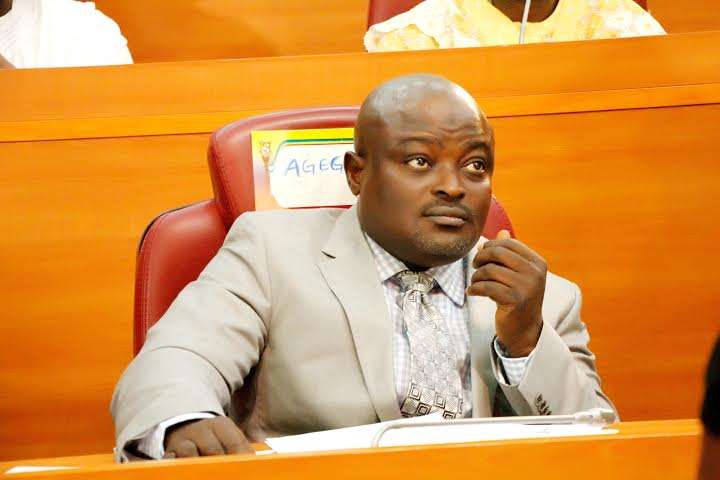 The three defendants, who were arrested at different locations in Delta State, according to the prosecutor, William Olu Ologun, had sometime in May 2017, hacked the Facebook account of the Speaker of the Lagos State House of Assembly and retrieved several information which they used in withdrawing the sum of N9.188 million from his account domiciled with Guaranty Trust Bank (GTB) Plc.

He informed the court that the three defendants were arrested after the complainant petitioned the police that his Facebook account had been hacked and that the sum of N9.188 million had been withdrawn from his account by unknown individuals.

He also stated that, upon the arrest of the defendants, they voluntary made statement to the offence.

The offences, according to the prosecutor, are contrary to sections 27(1)(b) and 22(2)(b)(ii) of Cybercrimes Prohibition and Prevention Act, 2015.

The three defendants pleaded not guilty to the charges.

Upon their not guilty pleas, their counsel, Mr. Ali Abba, pleaded the court to admit his clients bail in liberal terms.

Ali told the court that his clients have credible sureties, and that they will always attend court for their trial.

Ruling on the bail application, Justice Obiozor admitted the defendants to bail in the sum of N5 million with one surety each.

The judge ordered that the surety who must be recommended by the defendants’ counsel must be resident of Lagos State, with landed property and three-year tax payment evidence.

Justice Obiozor also ordered that the three defendants be remanded in Ikoyi Prison pending the perfection of their bail conditions.