Planners may adopt land use report template in 2016 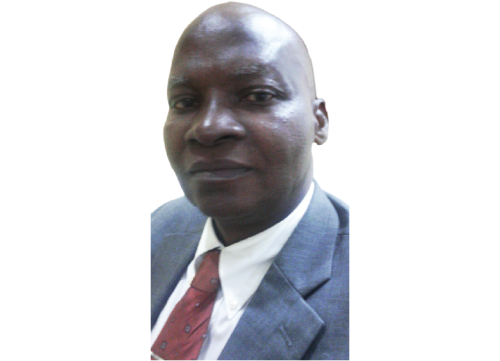 If plans by the Nigerian Institute of Town Planners (NITP) eventually see the light of the day, the recently conceived Land Use Planning and Analysis Reporting (LUPAR) template will become operational by early next year.

President of the NITP, Dr Femi Olomola, who made this submission in Ibadan, Oyo State on Wednesday, July 1 2015, described the LUPAR as a novelty that seeks to expand the frontiers of Site Analysis Report (SAR) applications beyond the tradition of planning approvals.

He spoke at the formal opening of 17th edition of 2015 Mandatory Continuing Professional Development Programme (MCPDP) held at The Polytechnic, Ibadan. The two-day forum had “Development of a Multi User Template for Land Use Planning and Analysis Reporting in Nigeria” as its theme.

Specifically, the MCPDP is aimed at building consensus on the new template among the practitioners and to allow for inputs before the report will be presented at the institute’s annual general meeting later in October. 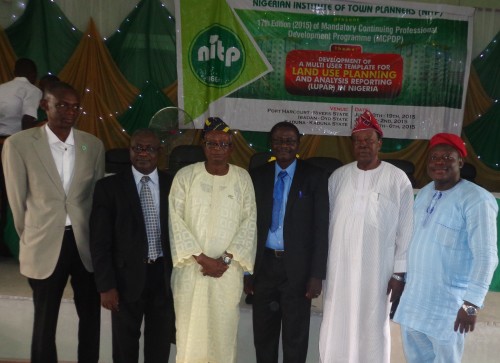 Conceived by the Femi Olomola-led administration, the LUPAR will also build on the existing SAR processes and procedures, as well as adding details of geographic references and further information relating to building types and conditions, title deeds, the local land use and development setting, and the permits granted on property.

The expanded areas of its application cut across various sectors of the economy, many of which have direct relevance to the financial sector and regulatory agencies.

According to the town planners, the new format LUPAR, in addition to other benefits, can become a very useful and authentic instrument that supports applications for opening of corporate bank accounts, process bank loans, make requests for Insurance cover, and incorporate/register new companies with the Corporate Affairs Commission (CAC).

Besides, it will also address the traditional requirements of applications for building plan approval/permits, issuance of certificates of occupancies (C-of-Os), and potential value to security and regulatory agencies with oversight functions on crime and enforcement of standards, among others.

Dr Olomola, in his keynote address at the two-day programme, said that about 13 different areas of the economy have been identified where LUPAR will be useful

The NITP boss, who noted that the Urban and Regional Planning Decree 88 of 1992 clearly defines the legal and institutional framework for Land Use Planning in Nigeria, regretted that the nation is yet to get the environment of “our dream” till date.

Part of the reasons he adduced for this include: unavailability of tools needed for site visits, shortage of personnel, with less than 5,000 registered town planners in the country, among other factors.

He said that the institute cannot afford to wait for governments to provide all that is needed to achieve the dream environment, hence the idea of the new template that is aimed at addressing some of the identified gaps.

Besides the advantages of the report he listed, he said the template would also provide close to five million jobs for town planners in the country.

He said: “Between us and the next generation, there is a contract. It is out sacred duty to create the enabling environment to make the young/upcoming ones be convinced that the moment you genuinely struggle/work hard and get your certificate of registration with NITP and TOPREC, you can nod your head in fulfilment that it is not only a passport to good living but also to a fortune.

“Against this background priority number one on their seven-point agenda is job creation. We had earlier on stated the objective of creation of at least five million units of jobs per annum for RTPs which is designed to provide the much needed bread and butter income for the profession.”

Chairman of the MCPDP, Prof. Adamu Ahmed, said the 17th edition was aimed at building capacity for members with special attention on the evaluation of one of the planning issues now, the site analysis report.

He said the MCPDP was also aimed at building consensus on the development of a new template, the LUPAR, as an advisory instrument for planning institutions, financial agencies and other regulatory agencies.

Asked on the response from the previous forum held in Port Harcourt, Prof Adamu replied: “There is a lot of excitement from Port Harcourt. People saw reasons for the new template and they are happy that something will be provided for hitherto neglected areas.”

President, Town Planners Registration Council of Nigeria (TOPREC), Prof. Layi Egunjobi, described the theme of the programme is a welcome one, adding that it is making site analysis report and planning more robust not only in scope but also in methodology and economic value.

Egunjobi said the role of continuing education in a professional’s life is so important that it cannot be over-stressed. “So important it is that it touches not only in developing skills for practical purposes, but also for intellectual upgrading for deeper insights and critical thinking,” he declared.

Earlier in his welcome address, Chairman of Oyo State chapter of NITP, Mr. Kola Lawal, said the theme of this year’s MCPDP reflects growing recognition of the power and importance of Land Use Planning and Analysis Reporting in sustainable use and development of land.

He said the occasion is a veritable platform for stakeholders in the physical planning profession in Nigeria to highlight, discuss and support the emerging concept of Land Use Planning and Analysis Reporting in developing countries.

“Land use planning, as one important component of urban planning, can contribute significantly in addressing the major urban challenges if led by well-informed policies based on sustainable development principles and supported by well thought out and managed follow-up actions,” he said.