Use of mobile telephone technologies and community radio services has been cited as one of the best methods of sharing and disseminating climate information for effective early warning, and adaptation. 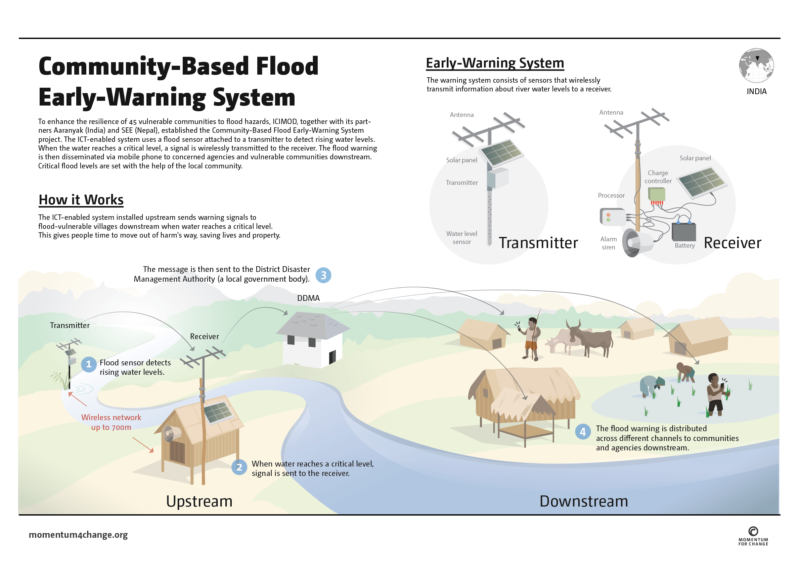 Experts attending the sixth session of the Africa Water Week (AWW-6) in Dar Es Salaam, Tanzania, have pointed out that early warning systems can be set up to avoid or reduce the impact of hazards such as floods, landslides, storms, and forest fires. However, the significance of an effective system lies in the recognition of its benefits by local people.

According to Dr Abdourahman H-Gaba Maki of the IGAD Climate Prediction and Applications Centre (ICPAC), early warning system is a major element of disaster risk reduction, and helps in preventing loss of life and properties.

“This also ensures there is a constant state of preparedness,” he told the AWW-6 audience.

To make the system effective and relevant to the people, the Intergovernmental Authority on Development (IGAD) has developed a mobile telephone application (app) known as “IGAD-ASIGN”, through which mobile phone owners have an opportunity to contribute towards disaster preparedness by taking and sending photos of given geographical situation, in relation to an impending, or a particular disaster.

“The IGAD-ASIGN is an important smart-phone application because it facilitates interaction and feedback from the ground,” said Maki.

The photos taken by volunteers are used as field validation of IGAD and other partners’ satellite image analyses, thus contributing to accurate and efficient disaster risk reduction solutions. This has helped vulnerable countries in the Greater Horn of Africa region to make better and faster decisions.

In the same vein, Maki pointed out the RANET radio networks operated by the Meteorological Department in Kenya, through which farmers and residents are able to access climate related information via community based radio stations, which usually broadcast in local languages.

“RANET” is an international collaboration of meteorological and similar services working to improve rural and remote community access to weather, climate, and related information.

Less than two years after it went on air, Nganyi RANET Community Radio in Western Kenya, for example, has become a valuable asset to the community, where many people keep glued on their radio sets listening to different programs, while other access the signal via mobile phones.

Through this radio station, the community served by the station can now understand when it is likely to rain, whether the rainfall will be heavy to cause floods, when the dry spell is likely to begin; hence, helping them prepare for the eventualities.

It helps farmers know when to plant and the type of seeds to plant depending on the amount of rainfall expected.

The Horn of Africa region has been noted to be one of the most vulnerable regions to climate change in the world (IPCC, AR5, 2014) due to the inadequacy of resources to adapt socially, technologically and financially.

Use of radio and mobile phones therefore ensures that the required information reach the people on the ground, as a way of reducing the negative impact of climate change.

According to the International Federation of Red Cross and Red Crescent Societies, early warning systems have limitations in terms of saving lives if they are not combined with “people-centred” networks.

To be effective, says the federation, warnings will have little value unless they reach the people most at risk, who need to be trained to respond appropriately to an approaching hazard.

And now, with the bigger percentage of people in rural areas having access to community radio, and some of them to smart-phones, it has become easier to interact between the government, the people and the experts.