United Nations Secretary-General, Ban Ki-moon, will convene a special High-Level Event on Entry into Force of the Paris Agreement on Climate Change on Wednesday, 21 September at the UN Headquarters in New York for the deposit of instruments of ratification, acceptance, approval or accession to the Paris Agreement on climate change. 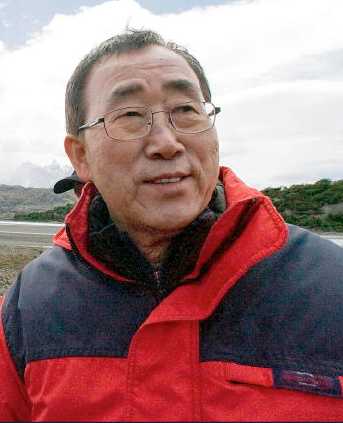 United Nations Secretary-General, Ban Ki-moon, will convene a special High-Level Event on Entry into Force of the Paris Agreement on Climate Change on Wednesday

Nigeria, for instance, is expected to join the other 180 signatories to the global pact during the event. Minister of Foreign Affairs, Geoffrey Onyeama, on Saturday disclosed that President Mohammadu Buhari of Nigeria would sign the Agreement, which sets out a global action plan to put the world on track to avoid dangerous climate change by limiting global warming to well below 2°C.

The Paris Agreement will enter into force 30 days after the date on which at least 55 countries, accounting for 55 per cent of the total global greenhouse gas emissions, have deposited their instruments of ratification or acceptance with the Secretary-General.

This global climate agreement will accelerate the growth of clean energy and help us achieve the Sustainable Development Goals and will strengthen international stability and security, save lives and improve human well-being, said UN Secretary-General Ban Ki-moon.

The Paris Agreement was adopted on 12 December 2015 at the 21st session of the Conference of the Parties (COP21) to the United Nations Framework Convention on Climate Change (UNFCCC) held in Paris from 30 November to 13 December 2015. In accordance with its article 20, the Agreement shall be open for signature at the United Nations Headquarters in New York from 22 April 2016 until 21 April 2017 by States and regional economic integration organisations that are Parties to the UNFCCC.

Onyeama said that top on Nigerian UN agenda during the General Assembly is to engage African Union and other countries to work towards the reform of the United Nations.

He said that the leaders would also be engaged to be more democratic and responsive to the needs of the world.

“In addition to the wave of change, Nigeria will like to propose to the UN body to create an agency dedicated for the youth,” Onyeama said.

The minister assured the international community that Nigeria would support a new UN Secretary-General that would be development and Africa-friendly as well as sympathetic to the course of Nigeria.

On investment, power and insecurity in Nigeria, he said that the Federal Government had established various security mechanisms to create attractive investment environment for would-be investors.

“With the fall in oil price, Nigeria is looking into diversification of its economy towards agriculture and solid minerals.

“It is expected that there will be a lot of investment opportunity for foreign investors during the US-Africa Business Forum, scheduled to take place next week in New York.

“Nigeria has been invited as one of the focal countries whose economies search light is beamed on,” he said.

He also said that Nigeria would host a high level side event on Climate Change, to showcase its efforts in the Ogoni clean-up.

This event, according to him, will come up after the president has signed the Paris Agreement on Climate Change.

The minister also addressed issues of poverty, migration, human rights, terrorism and security and on challenges in retrieving Abacha’s loot and other Nigeria’s assets stashed abroad.